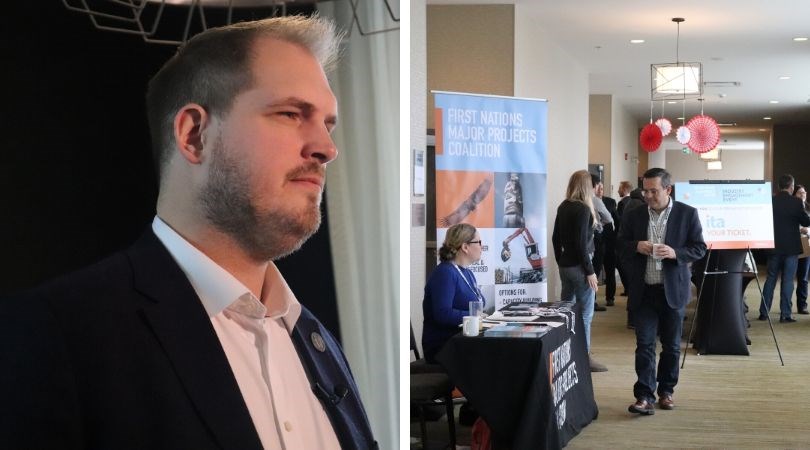 How do we work together?

As conflict between Indigenous rights and major project development has gripped the country from coast to coast, incited by the pipeline crisis between Coastal GasLink and Wet’suwet’en Hereditary Chiefs, hundreds of people are sitting down in Prince George this week to ask how we can move forward.

“What our members are focused on is getting information they can use to make informed business decisions on their traditional territory,” says Niilo Edwards, First Nations Major Project Coalition (FNMPC) Executive Director.

The two-day event includes professionally-facilitated sessions between industry and First Nation members of the coalition who are directly impacted by project development opportunities.

“The key principle that we are focused on is empowering those communities to make their own decisions, to see themselves within the project and to take business to the next level where industry is not just coming with a baked-plan, they are working with communities to develop the projects for the future.”

Edwards says the coalition helps put First Nations communities in the driver’s seat of their own futures and the forum provides the opportunity for direct dialogue that sometimes gets overlooked.

He says they are focused on major infrastructure and resource projects and providing opportunity for communities to take a look at the projects and decide for themselves if it’s the right way to go.

“This is one of the only forums where we can come and have open and honest dialogue with Indigenous leadership, and community members in the grassroots who are most impacted by decisions and get that feedback,” says Edwards.

“I think that is so important because companies and governments need to know what the consequences are of different initiatives for the people on the ground.”

While Edwards said he couldn’t comment on the Coastal GasLink situation, he said, across the board, there’s a need to create space for co-decision making about projects in traditional territories.

“How are the proponents and government going to incorporate community values in the project and how do we make sure the memberships within Indigenous communities can see themselves within the project and feel that their interests are respected and included and at the end of the day see the benefits?” asked Edwards.

“I think that is where we need to go and certainly we need to see this become commonplace amongst project development where those community interests are taken to heart.”

To date, over 60 First Nations have formalized their participation in the business coalition.