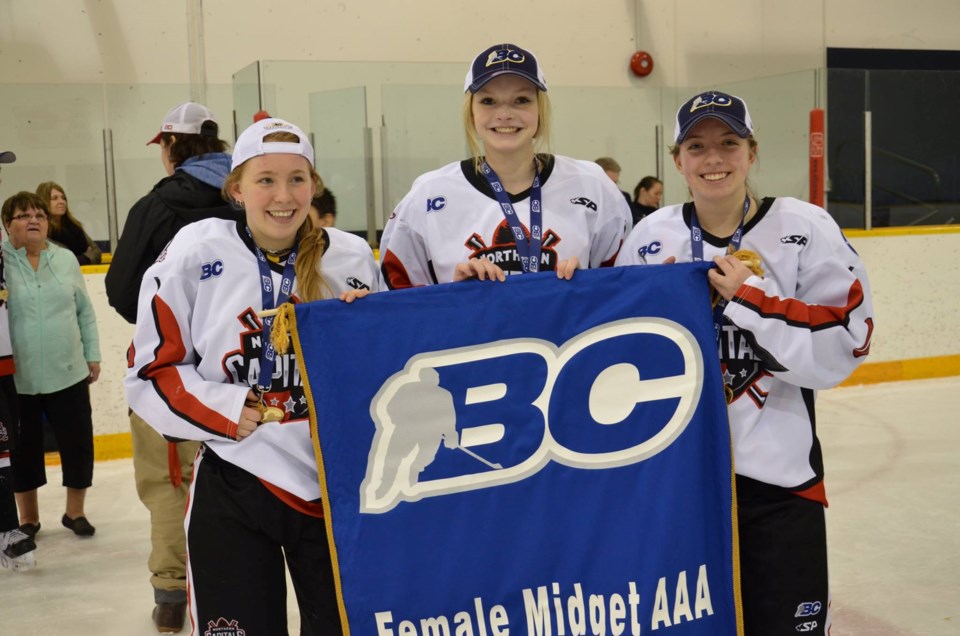 Jordan Shanks (right) stands with her Northern Capitals teammates as 2016 B.C. champions. She's coming back to the club as an assistant coach for the 2020-21 season. (via Jordan Shanks)

The Northern Capitals are enduring some coaching changes in anticipation for its upcoming 2020-21 campaign.

With Grace Barlow and Lauren Smaha-Muir not returning to Prince George’s U18 female AAA club next year, the team has brought on Jordan Shanks as a new assistant coach.

"It feels pretty surreal to be back already and I am grateful for the opportunity," said Shanks to PrinceGeorgeMatters.

"With everything going on, my only hope for this year is that we can try and get back to normal and allow these girls to be able to enjoy this hockey season and hopefully have a successful season as well."

Not only is the 21-year-old bringing an impressive on-ice resume back to the Caps, she also has experience as a bench boss.

She’ll join Mario Desjardins, who signed to come back for a fifth season in the last eight years after coaching the ladies to an 18-12-2 record, including eight wins in their last 10 games.

"I feel incredibly lucky to not only have been able to play for a coach like Mario, but now I get to coach with him and learn from him," Shanks explained.

The Northern Capitals were set to play the Fraser Valley Rush in the playoff semi-finals, but the COVID-19 pandemic forced its cancellation.

As a player, Shanks compiled 29 points in 61 regular-season games, plus six points in 10 playoff games, including 15 goals.

Her transcript includes the 2016 B.C. championship with the Caps and a spot on the Cariboo-North East roster at the 2014 BC Winter Games.

PHOTOS: Northern Capitals will finish third in B.C. league-play as result of standings tiebreaker
Mar 2, 2020 10:35 AM