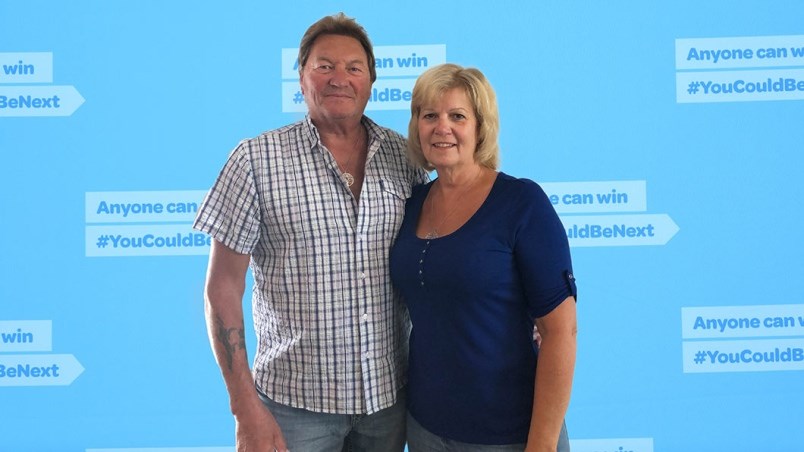 Fort St. John's Bonnie and Carl Niekamp won $675,000 after stopping in Charlie Lake to buy their tickets. (via BCLC)

A northern B.C. couple had a lot to talk about over the campfire earlier this summer after scoring $675,000 playing Set for Life on the way to the lake.

Bonnie and Carl Niekamp stopped at Charlie Lake Store to pick up the Scratch and Win ticket, one of their favourite traditions, but weren’t on the road long when the camping trip took an unexpected detour.

Bonnie scanned their ticket using the BCLC Lotto! app and were instantaneously richer... and in complete shock.

“When it told me I was a winner, I asked Carl to pull over,” she said.

“I turned the ticket over to make sure we were playing the game right and read over the instructions.”

Carl also checked the ticket on his phone and it was then the Fort St. John couple realized its win wasn’t going to be another campfire tale.

The couple, who are nearing retirement, say the winnings will allow them to travel to see children and grandchildren more frequently.

On any bucket list items they’ve ever dreamed about buying, Bonnie said, “When it really hits us, we will probably do something — which will probably be while we are camping.”