No consensus on what constitutes consent in UNDRIP

A forum on UNDRIP, and the opportunities it may either present or deny for business, including indigenous business, opened Jan. 14 with assurances from a provincial government official that it creates no new rights for indigenous people.
Jan 16, 2020 10:42 AM By: Nelson Bennett 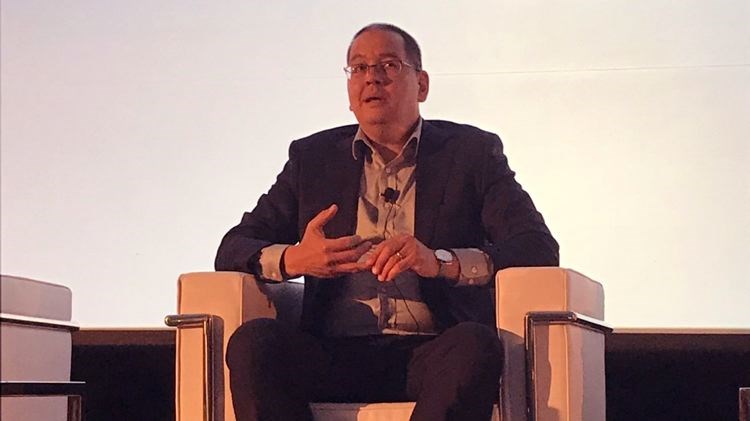 Mark Podlasly emcees a forum on UNDRIP, the United Nations Declaration on the Rights of Indigenous Peoples, in Vancouver on Jan. 14.Business in Vancouver photo

A forum on UNDRIP, and the opportunities it may either present or deny for business, including indigenous business, opened Jan. 14 with assurances from a provincial government official that it creates no new rights for indigenous people.

Nor does it confer upon First Nations a veto over projects like pipelines, panelists insisted during a discussion on legal aspects of the United Nations Declaration on the Rights of Indigenous Peoples (UNDRIP).

That's not the way some First Nations, the BC Human Rights Commissioner or a United Nations committee see it, however.

The forum, Finding the Path to Shared Prosperity, brought together more than 500 aboriginal leaders and business people from across Canada to discuss opportunities for business in an era where UNDRIP is being enshrined in B.C. law and may soon be enshrined in federal law, as well.

But even as the forum was taking place, a standoff between some members of the Wet'suwet'en First Nation and the Coastal GasLink pipeline and the RCMP loomed large in the background, raising questions about some of the central tenets of UNDRIP.

Because even if UNDRIP does not grant new rights or a veto, it does require some form of First Nation consent, and there is the nagging question of who speaks for First Nations and who can either grant or deny consent.

As far as Premier John Horgan is concerned, the project has received the consent of the legal representatives of First Nations along the pipeline route, including the Wet'suwet'en. He said at a press conference Monday the project will proceed.

BC's Human Rights Commissioner Kasari Govender appears to disagree. She recently weighed into the issue, citing UNDRIP and a UN committee, which has called for the Coastal GasLink project - as well as others - to be halted until the consent of all affected First Nations is obtained.

The B.C. government has placed itself in the difficult position of trying to defend a project that some Wet'suwet'en say does not have their consent, while at the same time defending Bill 41, which the Horgan government passed in December to begin the process of harmonizing all laws in B.C. with UNDRIP.

How does Horgan square the circle of insisting the Coastal GasLink project will go forward, while at the same time supporting UNDRIP, which hereditary chiefs of the Wet'suwet'en invoke when they insist the project be halted, on the basis it does not have their consent?

Doug Caul, deputy minister of Indigenous Relations and Reconciliation, was asked in the opening session of Tuesday's forum to explain the province's position on UNDRIP and the thorny question of who represents the Wet'suwet'en.

"What the legislation doesn't do... is it doesn't create new rights," Caul said. "Those rights exist. Indigenous rights are already recognized in the Constitution, under Section 35. There are rights that the courts have consistently upheld.

"It also doesn't give indigenous people the veto," he later added.

He said the "free, prior and informed consent" that UNDRIP requires "is about engaging with indigenous people about proposed activities in their areas from the beginning, in a deep meaningful way."

During a question and answer period, Caul was asked: "who defines consent?"

Caul said defining consent was a "process" that First Nations themselves have to go through to decide.

And so far, that hasn't been done, said First Nations Limited Partnership chairman Mark Podlasly, who emceed the session with Caul.

"There has to be a mutual understanding of what consent is, and we haven't done that yet," he told Business in Vancouver.