An autistic man who sexually abused and took pornographic images of a girl when she was five to seven years old was sentenced to five years in prison on Friday. B.C.
Apr 16, 2021 3:26 PM By: Arthur Williams 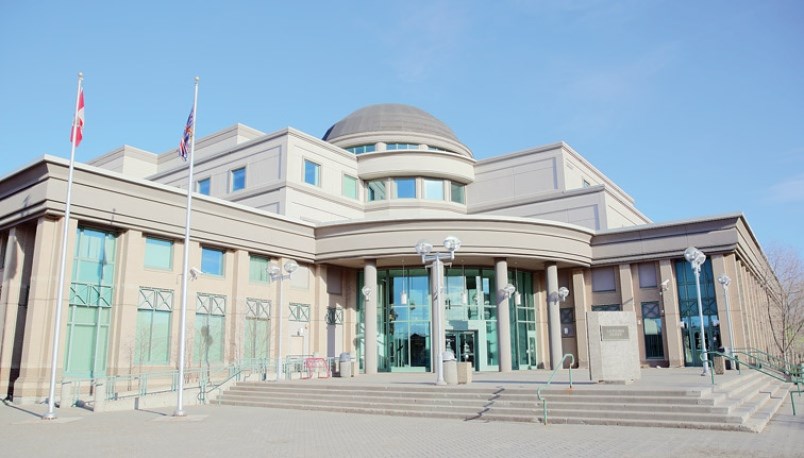 The exterior of the Prince George courthouse. Citizen file photo

An autistic man who sexually abused and took pornographic images of a girl when she was five to seven years old was sentenced to five years in prison on Friday.

B.C. Supreme Court Justice Sheri Ann Donegan sentenced the man, who can not be named to protect the identity of the victim, to three years in prison for sexual interference of a person under 16, and a further two years for the possession, accessing and making or publishing of child pornography. Donegan issued a conditional discharge for the charges of invitation to sexual touching of a person under 16 and sexual assault.

"I am satisfied that the aggregate sentence of five years is proportional... It is at the low end of the sentence range for this crime," Donegan said. "(The man's) high level of moral blameworthiness is somewhat attenuated by his mental disabilities."

Crown counsel had sought 10 to 13 years in prison for the man, while his defence lawyer argued that he should spend just under two years in jail, followed by three years probation (see story here).

Based on a psychological assessment done on the man after his conviction on June 12, 2020, Donegan found the man's mental disabilities, including autism and attentional deficit hyperactivity disorder (ADHD) were not a causal factor to him committing the crime. However, she agreed with the submission of the man's lawyer that his disability did reduce his moral culpability. In addition, Donegan said, she agreed with his lawyer that he will be a vulnerable person in prison, because of his disability.

One of the man's parents, who he was living with prior to being sentenced, has a terminal illness and is expected to die during his period of incarceration, Donegan said.

Factors weighing against the man at sentencing was his abuse of trust - he was living in the home of a family member in Prince George, and his victim was a member of his extended family – the young age of the victim, and the extended period of abuse, Donegan said. He also engaged in "grooming" behaviour,

"(The victim) was at a very tender age during all his offences against her," Donegan said "(He) befriended this young girl. He manipulated, he preyed on and exploited (the victim). He enlisted (the victim's) help to keep this a secret. The burden of keeping this secret from her parents is something no child should bear."

In addition to the jail time, Donegan ordered the man to provide a DNA sample, as he will be listed as a registered sex offender for the remainder of his life.

Donegan also banned the man from being at public parks, playgrounds, schools, swimming pools, etc. for 10 years; from being within two kilometres of the victim or her mother's home for 20 years; using the internet to communicate with anyone under the age of 18 for 10 years; and from taking any job or volunteer position working with children for 10 years.

"He was in possession of child pornography not of (the victim), suggesting the risk he poses is broader than (just her)," she said.