Man fined for flying drone while on hunting trip

A Fort St. James man has been fined $1,000 for flying a drone while out on a hunting expedition. Paul James Hesse was issued the penalty on November 9 in Fort St. James Provincial Court.
Nov 30, 2020 9:53 AM By: Mark Nielsen 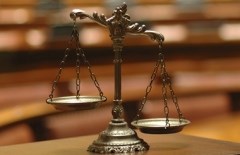 A Fort St. James man has been fined $1,000 for flying a drone while out on a hunting expedition.

Paul James Hesse was issued the penalty on November 9 in Fort St. James Provincial Court. He was also prohibited from hunting for one year and assessed a $150 victim surcharge.

The outcome stems from a complaint conservation officers received on Sept. 22, 2018. The next day, officers attended a cabin on Marie Lake, southwest of Fort St. James, where they seized the drone along with a harvested bull moose. After securing a search warrant, they gathered photos and videos from the machine and forwarded the matter to Crown prosecution.

Conservation officer Richard Keenan-Toop, who was the lead investigating officer on the file, said it was the first conviction for the offence in British Columbia. The Wildlife Act was amended in July 2016 to make the use of drones while hunting illegal.

"It was definitely a different one and definitely a learning experience for the Conservation Officer Service for sure," Keenan-Toop said. "But it's not something we see very often, thankfully, because hunting with a drone completely defeats fair chase for wildlife."

However, Connie Morrissey, a native court worker in Fort St. James who helped Hesse put together a defence against the charges said he never actually used the drone for actual hunting. Instead, she said he was using it to get images of the cabin and a route planned for a trail from big Marie Lake to little Marie Lake, but because he was at the cabin as part of a hunting trip, he was charged.

"The minute you leave your house to go hunting to the minute you get back to your house, that's considered a hunting expedition," Morrissey said. "He did not use it to hunt but he flew it when he was at the cabin."

She said Hesse uses the drone for work purposes and had it with him in camp. When he came back to Fort St. James, his father picked him up and went to the cabin.

"He said 'I know you can't use it for hunting but if I had known you can't even have it one you, I would've went home, dropped the drone off and went out," Morrisey said.

As part of the prohibition against hunting for a year, Hesse is also prohibited from accompanying other hunters and the drone was forfeited to the Crown.