The Lheidli T'enneh will have exclusive timber harvesting rights to an estimated 217,312 hectares

The forest tenure opportunity agreement was negotiated at a government-to-government negotiation table established by the Lheidli T'enneh First Nation and the B.C. government in 2021.

"The province has heard loud and clear that First Nations across British Columbia want to play a larger role in the forest sector and in sustainable forest management. That's why we are engaging in government-to-government dialogue that considers the inherent rights, diversity of interests and values of Indigenous communities," said Katrine Conroy, Minister of Forests.

"Today's agreement is real progress toward meaningful reconciliation and meeting our commitment to create new opportunities for Indigenous Peoples by doubling the amount of replaceable forest tenure held by First Nations."

She said the province recognizes B.C. forests are woven in the fabric of Indigenous culture, and also in the culture of all British Columbians and we were all deeply connected to them.

“Our incredible forests are part of what makes our province a great place to live and they are integral to supporting communities like the Lheildi T’enneh.”

The Lheidli T'enneh First Nation will have exclusive timber harvesting rights to an estimated 217,312 hectares within the Nation's territories east of Prince George, on both the north and south sides of the Highway 16 corridor, which is known as FNWL N2E.

Lheidli T'enneh First Nation's management plan for the FNWL supports decision-making authority over planning, development, harvesting and cultural use of the timber resources and values within the area.

"Our new First Nations Woodland Licence will allow us to achieve greater economic certainty and the ability to act on our forest stewardship priorities, including supporting increased moose populations, which is a traditional food source for our members. We will continue to work with our local forest industry to achieve these objectives and we thank the B.C. government for believing in our vision and our ability to manage our forest resources."

Logan said this new forest woodland license allows the Nation to manage these lands for both timber and increase moose population and it will be focused on old growth retention, while at the same time striving to manage forests.

“I know we can do this because we’ve been doing it for many, many years,” said Logan adding the agreement will also mean timber for local sawmills, pulp mills jobs for members, and increased harvesting for the Nation’s own logging company LTN which they took control of in April 2021 as well as new opportunities for other contractors

“If there ever was an example of a win-win situation this is it,” said Logan.

The new agreement will expand N2E from a gross area of 11,000 hectares, which supports an allowable annual cut (AAC) of 25,000 cubic metres, to a new gross land base of approximately 217,312 hectares, supporting a new combined AAC of as much as 380,573 cubic metres. This will be the largest FNWL (by AAC) in the province. 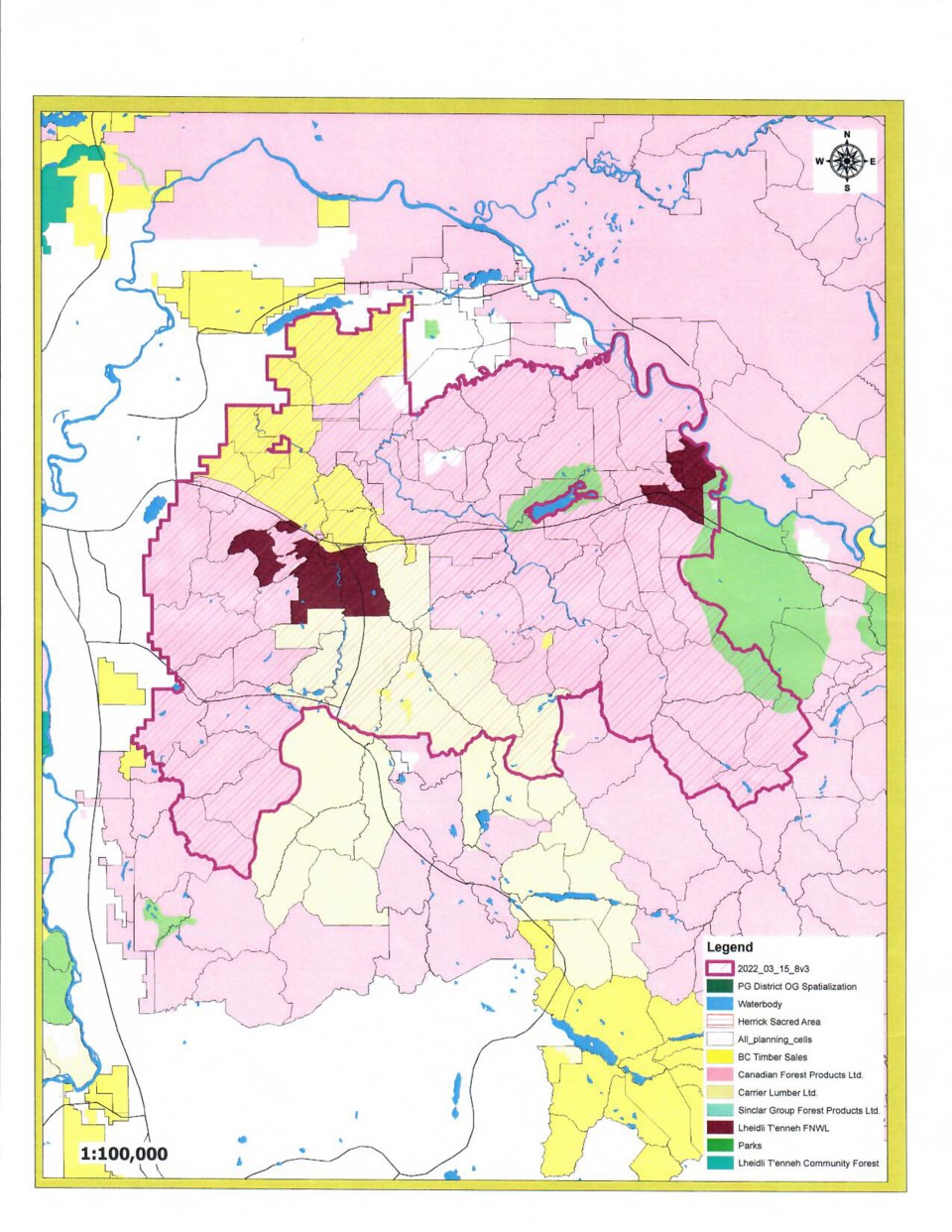