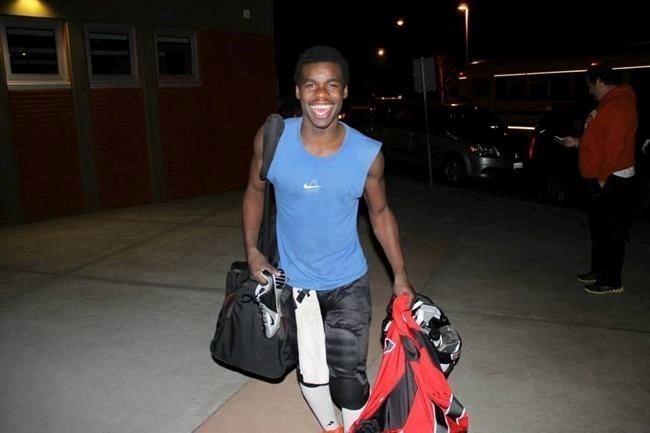 The family of a young man who took his own life after going to a hospital twice in one day during a mental-health crisis is suing the Saskatchewan Health Authority and the provincial government.

A statement of claim filed Friday by the parents of Samwel Uko alleges hospital staff were negligent.

"Each of the defendants knew or ought to have known that the improper and inadequate policies, programs and guidelines established for vulnerable patients struggling with mental-health issues ... would create an inherent danger to those patients," the statement says.

Uko's body was found in Regina's Wascana Lake on May 21. Relatives of the 20-year-old athlete from Abbotsford, B.C., have said he was in the provincial capital visiting an aunt when he sought help at the Regina General Hospital.

The statement of claim says Uko was released from hospital on the morning of May 21 after a doctor diagnosed him with depression and referred him to a mental-health clinic.

A short time later, the document says, Uko contacted a mental-health worker and said he had suicidal tendencies and had once tried to kill himself. It says he was referred to an appointment with a psychiatrist within a week, but was also told to contact a community support team or go back to the hospital emergency room if he felt worse.

That evening, Uko called 911 and was taken back to the emergency room by a police officer.

Video footage from shortly after police left showed four security officers escorting Uko out of the emergency room as he called out for help, a Saskatchewan Health Authority review found.

The health authority, saying Uko was "improperly denied care,'' apologized to his family in July.

The statement of claim alleges "Saskatchewan knew or ought to have known that its actions and omission were of a kind reasonably capable of causing damages to patients struggling with mental-health issues, like Samwel."

Uko's family is seeking an undisclosed amount in damages for bereavement, grief counselling and loss of future financial support.

The lawsuit also says that after Uko's death, the executive director of acute care at the health authority confirmed there was nothing in place to ensure Uko or any other patient in a similar situation received the right care.

"(He) further acknowleged that the SHA spent too much time trying to obtain Samwel's identity and not enough time focusing on his health-care needs."

None of the allegations has been proven in court.

In a statement Friday, the health authority thanked Uko's family members for their participation in its review of his care and for accepting the formal apology.

"SHA again extends its deepest condolences to the Uko family on their loss. We will not have any comment on the statement of claim as it is an active legal file."

Uko's death is to be the subject of a coroner's inquest to be held at a later date.