Enjoying the moment, never giving up on your dreams, and never letting anyone knock you down.

That’s the message from Canada’s top female curler and Olympic champion Jennifer Jones, who will be delivering a similar speech to hundreds expected at next week’s UNBC Legacy Breakfast. 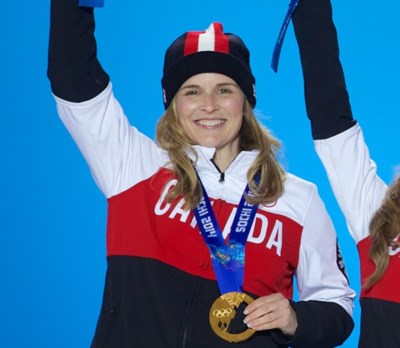 She also plans on sharing her life’s story from growing up in Manitoba to representing Canada on the world stage, and she understands speaking to student-athletes is an important aspect of her visit.

“When I was trying to pursue my education in law and also pursue my curling aspirations and dreams, so many people told me it was not possible,” said Jones in an interview with PrinceGeorgeMatters. “I really wanted to do both and I found a way to do both. So, for me, it’s important to surround yourself with people who believe in you in all walks of life. Focusing on the things you love to do whether you’re young, in the middle, or near the end of your life, we all need to live our lives to the fullest.”

For those unaware, Jones was recently named Canada’s best female curler of all-time, winning several accolades since sliding onto the scene in the early 2000s.

She’s won six National titles (Scotties Tournament of Hearts), two World Championships (2008, 2018), and almost 30 Grand Slam tournaments, but none was sweeter than standing on top of the podium for Canada at the 2014 Winter Olympics in Sochi, Russia.

“That was the most exciting moment of my professional career,” she explained. “It’s something every athlete dreams about, and to have it actually come true is indescribable; I still don’t believe it every time I look at my medal.”

Despite what happens on the ice, post-game snuggles are a reminder that there’s more to life than curling ❤️#STOH2019 pic.twitter.com/BunEhE8Gak

The 44-year-old claims she used to be a ‘shy kid,’ but adds that all went out the window when she discovered the sport of curling.

“It was a love at first sight,” she said with passion. “I fell in love with the smell of the ice and how it made me feel. I felt peace and comfort and t made me feel like I was at home. My career, as surreal as it has been, has always been for the love of the game. Every time I step onto the ice, I feel like I’m at home where I belong and you don’t get that feeling in many places in life.”

This will be Jones’ first-ever trip to Prince George, but with an important competition on the city’s docket for next year, she certainly hopes it won’t be her last.

“Coming back for the 2020 Women’s World Curling Championships is the hope and the dream. I’m hoping this will be the first of many trips to Prince George for the next couple of years. I’m really excited to come; I’ve got friends from there and talk so highly about the city.”

Jones is the second woman to be selected as the keynote speaker after Canada hockey legend Hayley Wickenheiser spoke at the inaugural event in 2015.