The Olympic gold medallist will speak at the Timberwolves Legacy Breakfast
Nov 19, 2018 11:55 AM By: Hanna Petersen 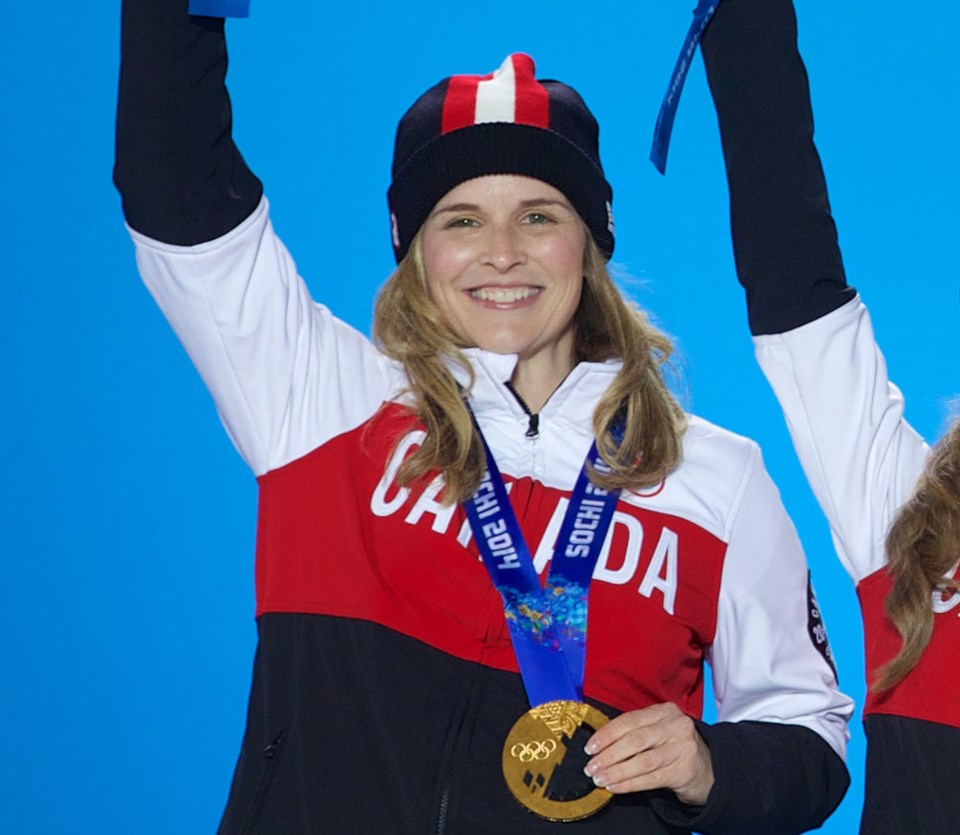 Jennifer Jones at the 2014 Sochi Olympics (via UNBC).

Jennifer Jones is a 2014 Olympic Gold medallist and two-time world curling champion, and she will be speaking at the annual Timberwolves Legacy Breakfast.

The fifth annual event, which raises funds for Timberwolves athletics, will take place on March 6 and will feature Jones, Canada’s most decorated and recognized female curler.

Jones won gold as skip of the Canadian women’s team at the 2014 Olympic Winter Games in Sochi, where she and her rink posted an 11-0 record in the process, becoming the first female skip in history to go through the games undefeated.

“We could not be happier to welcome Jennifer to the Charles Jago Northern Sports Centre and have her be a part of our annual legacy breakfast fundraiser,” says Loralyn Murdoch, UNBC’s director of athletics and recreation, in a press release.

“Jones has accomplished so much in her sport and life, including a major comeback post-ACL injury, to being wife, parent and winning an Olympic medal. I am very excited to hear her story and hope that she inspires all who attend.”

Jones will share her experience and approach to leadership, teamwork, determination and performing under pressure.

In addition to her world titles, Jones is a six-time national women’s champion and an eight-time Manitoba women’s provincial champion.

And off the rink, Jones works as a lawyer in both private practices and as in-house counsel in a corporate setting.

In its five-year history, the Timberwolves Legacy Breakfast has raised more than $250,000.

Tickets for the event are already on sale and can be purchased online.