The $5.6B petrochemical plant is proposed for development in the BCR Industrial Site
Dec 16, 2020 2:15 PM By: Hanna Petersen 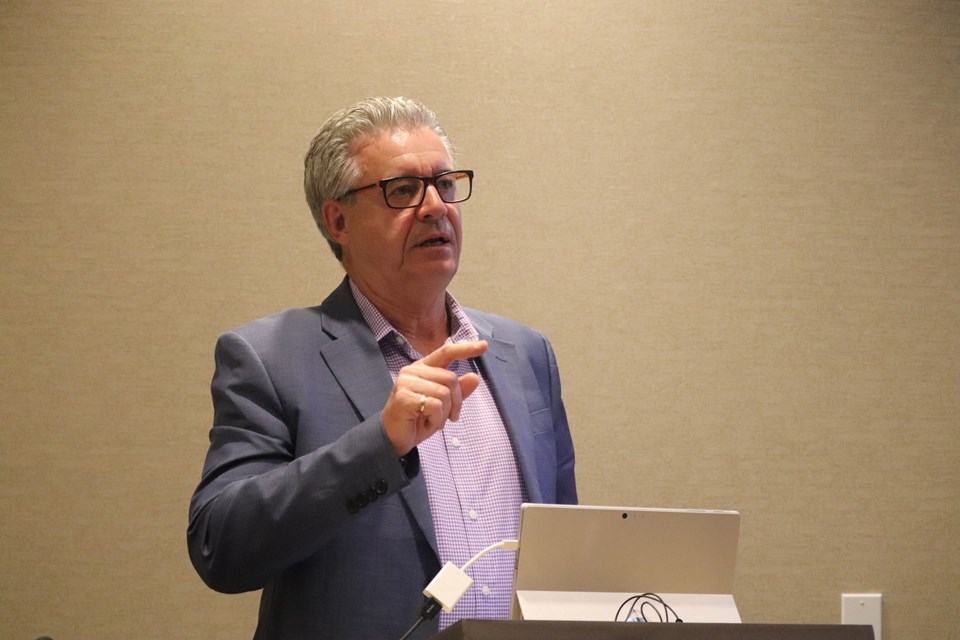 Prince George’s Mayor Lyn Hall says the West Coast Olefins (WCO) decision to move its $5.6-billion petrochemical plant project back within city limits is an opportunity for the northern capital.

“It’s a big opportunity for us to take a look at really what this means to our community not only from a tax base perspective, but from an employment perspective, and what that means for our labour force,” says Hall in an interview with PrinceGeorgeMatters.

Last night (Dec. 15), WCO President and CEO Ken James announced the return of the project to Prince George where it was originally planned in the BCR Industrial area.

First announced in July 2019, James said the project would create 1,000 permanent jobs and roughly 6,000 indirect jobs in the region.

However, in May earlier this year, WCO considered moving north on Highway 97 near McLeod Lake.

While on the BC Resources Coalition (BCRC) Show, James said the feedback he received came in pleas to move the plant back to Prince George for the sake of local workers and contractors.

“We've informed the environmental assessment office that we wanted to get this started,” said James.

He believes project construction has the potential to begin in late 2021 or early 2022, provided there are no significant speedbumps along the way.

“There are a number of things that need to take place, but the one thing we’ve always tried to do and wanted to do was to make sure Prince George was a focal point of investment and we have seen that over the last six years,” says Hall.

“We wanted to see companies consider Prince George for their operations so that is what we have here with West Coast.”

Hall explains the city’s role in the process will include any needed changes to the Official Community Plan (OCP), variances or rezoning that will ultimately need approval from council.

“We would also deal with the provincial process and the environmental assessment piece and those are important factors for council to consider,” says Hall.

“With respect to WCO, as we move through all of those processes, that project can have a huge benefit to the community, but again, there are processes that need to be followed.”

In regards to members of the community who are opposed to developing a petrochemical plant within city boundaries, Hall says it’s important to hear from everyone.

“We want our residents to have the opportunity to talk in favour or against the project at whatever level,” he remarked, noting that OCP and rezoning amendments process gives the public opportunity to provide feedback to council.

James says he hopes WCO can play a big role in B.C.'s economic recovery through the COVID-19 pandemic, which has notably taken a toll on several industries in the north.

“We are focused on the recovery and the restart of the economy and every piece we have the option to look at is important to the city,” adds Hall.

- with files from Kyle Balzer, PrinceGeorgeMatters