Proposed $5.6 billion petrochemical project would be located in nearby industrial area
Dec 10, 2019 12:35 PM By: Jess Balzer 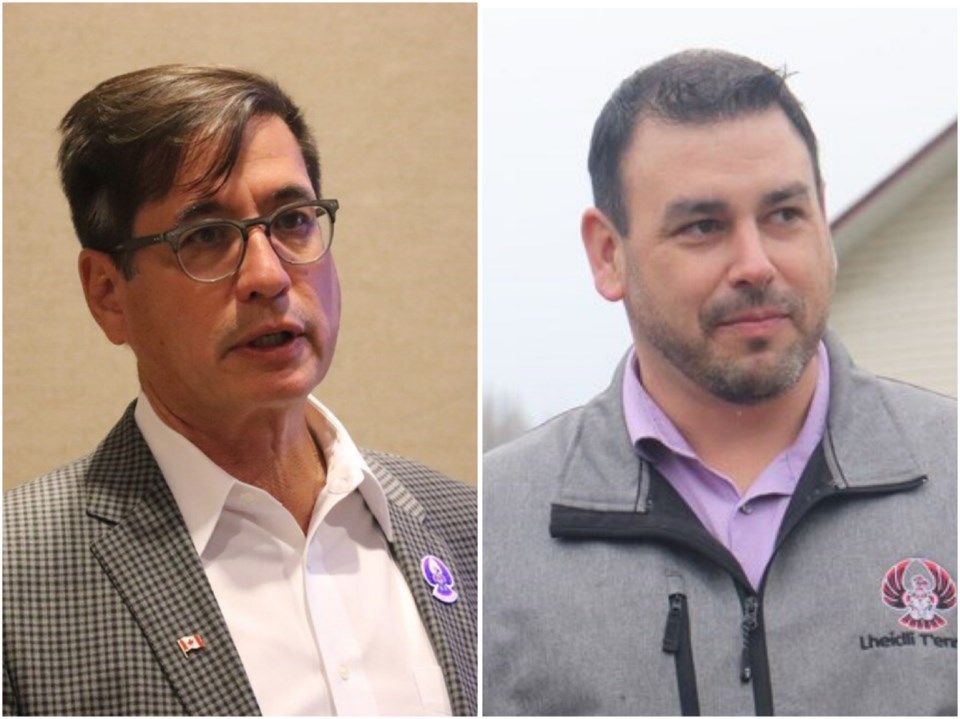 CEO and President of West Coast Olefins Ken James has provided the following statement to PrinceGeorgeMatters in response to the statement released earlier today (Dec. 10) by the Lheidli T'enneh First Nation.

"The Lheidli T’enneh Nation is an important part of the Prince George community and we value a constructive relationship with them.  Thus it is important that we be considerate in anything we say or do.  As West Coast Olefins has said all along, we are keenly interested in hearing the concerns and level of support from the communities within which we do business.  It would be futile for us, or anyone for that matter, to do business in regions where the local community will not support the development.

A massive petrochemical plant proposed by a Calgary company for Prince George has run into a jam after the Host First Nation has said it will not provide support.

In a news release, the Lheidli T’enneh First Nation says it has not given support to the $5.6 billion project announced this past July.

"Lheidli T’enneh is a progressive, business-oriented First Nation looking to form partnerships with companies seeking to do business with us in our Territory," the release says.

"We are interested in developing true partnerships in relation to projects that further our economic development goals while simultaneously being aligned with our stewardship responsibilities."

West Coast Olefins secured a 300-acre site in the BCR Industrial area of Prince George to build the petrochemical projects, which it says would add 1,000 direct jobs and 6,000 indirect, but the Lheidli T’enneh First Nation says comments from Olefin's Chief Executive Officer are "inaccurate."

"However, Lheidli T’enneh is very concerned that comments by West Coast Olefins Ltd.’s (“WCOL”) Chief Executive Officer are inaccurate in that they suggest that Lheidli T’enneh is supportive of WCOL’s proposed natural gas liquid extraction and ethylene facilities, which are planned to be located in Prince George in the heart of our Territory," the statement continues.

"Although we have had very preliminary discussions with WCOL, Lheidli T’enneh wishes to clarify that it does not support either of WCOL’s proposed projects at this time. Unfortunately, WCOL has taken steps that have harmed our relationship and raised fundamental concerns about the proposed projects."

The project was announced by the Canadian company this past summer at an official announcement at the Courtyard Marriott.

“This will be the biggest project the city has ever seen,” says West Coast Olefins president and CEO Ken James on July 24.

Lheidli T'enneh Chief Clay Pountney released a statement the day the project was announced as he was unable to attend in person.

"Lheidli T’enneh Nation looks forward to potentially partnering with West Coast Olefins to ensure that if the project is approved will provide significant economic benefits to Lheidli T’enneh and our members and is designed and built in a way that is aligned with our values,” he said at the time.

If the company is able to get the regulations needed, it plans to begin site construction in Spring 2021 with the commercial operation date set for the end of 2023.

"We look forward to continuing to build positive relationships with the Prince George community on projects and other business opportunities that will help grow our regional economy in a way that benefits everyone," the Lheidli T'enneh statement from today (Dec. 10) concludes.

PrinceGeorgeMatters has reached out to West Coast Olefins for comment.