How the Tahltan and a B.C. mining company collaborated to protect Mount Edziza

Thanks to a unique collaboration between the Tahltan Nation, the B.C.
Apr 9, 2021 6:23 AM By: Matt Simmons,Local Journalism Initiative Reporter 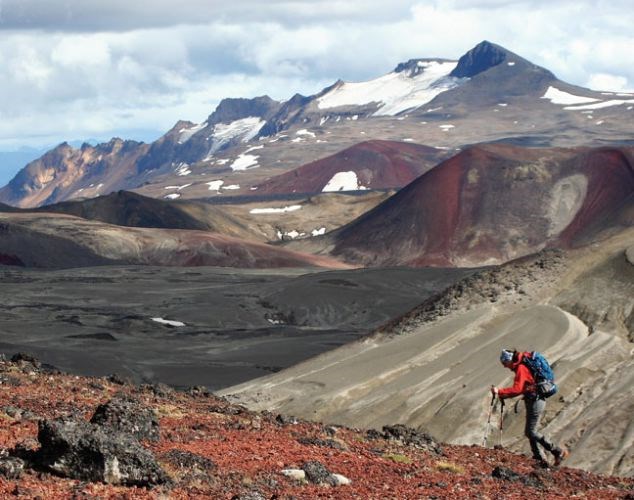 Thanks to a unique collaboration between the Tahltan Nation, the B.C. government, a  mining company and non-profit environmental organizations, an area of  ecological and cultural importance on the eastern slopes of Mount  Edziza, known to the Tahltan as Ice Mountain, is now permanently  protected.

Much of  the landscape around the mountain — 230,000 hectares — was protected in  1972 as a provincial park, but 3,500 hectares were left open to  industrial activity due to existing mineral tenures. The new Mount Edziza Conservancy, announced Thursday, closes the book on those tenures and any industrial activity in the area.

“I’m very  relieved and very proud of all the hard work of our team and of all the  leaders and Tahltans that have been advocating to protect this area for  the decades,” Chad Norman Day, president of the Tahltan Central  Government, said in an interview. “Mount Edziza is one of those areas,  similar to the Stikine River, the Sacred Headwaters and Sheslay Valley,  that is amongst the most sacred places to the Tahltan people  culturally.”

Skeena Resources, a mining company with several interests on Tahltan territory,  agreed to surrender its claims on the mountain’s slopes for $5 million,  roughly one-fifth of the market value, according to the company. The  province paid half the bill and the federal government and NGOs,  including the BC Parks Foundation and the Nature Conservancy of Canada,  funded the remainder.

“It’s  encouraging to see governments, Indigenous peoples, industry,  philanthropic foundations and conservation groups working together to  protect our iconic natural environment in British Columbia and across  the country,” federal Minister of Environment and Climate Change  Jonathan Wilkinson said in a statement.

Mount  Edziza is part of a volcanic complex that has been active for around 8  million years. The most recent eruptions were around 1,000 years ago,  making it one of Canada’s youngest volcanoes. Vast amounts of obsidian  can be found on the landscape, which the Tahltan historically used to  make tools and traded widely with other First Nations for resources like  oolichan grease. Tahltan obsidian artifacts have been discovered  thousands of kilometres away, in places like Alaska and Alberta.

“You’d be  hard pressed to find any cultural area that is more important, because  without Mount Edziza, we would not have the obsidian which gave us all  of these distinct advantages over others with weaponry and tools and  trading goods,” Day said.

Much of  Tahltan territory is home to an area known in the mining industry as the  “Golden Triangle” — a mineral-rich region currently experiencing a  modern-day gold rush. The Tahltan Nation is generally receptive to  mining development on its territory and works closely with companies to  ensure any mining activity is done in accordance with Tahltan laws and  policies. But the nation emphatically opposes mineral exploration in  certain areas, including Mount Edziza.

In the 1990s, the land now preserved by the conservancy was designated a recreation zone, but when B.C. developed the Cassiar Iskut-Stikine land and resource management plan in 2000, the area was redesignated as a zone permitting mineral  exploration, with a caveat that the end goal was to add it to the  provincial park. Staking, mineral exploration and mine development would  be allowed for 20 years, at which point the land would be added to the  park if there were no existing tenures in place. If tenures were still  current at that point, the area would remain unprotected until those  claims lapsed.

But after  nearly two decades of uncertainty, the Tahltan weren’t willing to wait  any longer. In 2019, the nation informed Skeena Resources of its plans  to permanently protect the area. Day said the company was excited to  work with the nation on the conservation initiative.

“Skeena wholeheartedly wanted to do something that was very culturally  significant for Tahltan people,” Day said. When he explained how  sensitive the area was and how Tahltans were opposed to development in  the area, the company agreed to start working with the nation and the  province to find a solution.

“Through a  series of conversations and discussions, we gained a better  understanding about the cultural significance of Edziza and decided that  returning the land was the right thing to do,” Walter Coles, president  of Skeena Resources, told The Narwhal in an interview.

Day said working with the company has been refreshing.

“Skeena  has just been a very progressive company that clearly wants to come in  and make its mark and do some reconciliation work.”

The  relationship between the Tahltan Central Government and Skeena Resources  is an example of how industry and Indigenous communities can work  together, George Heyman, Minister of Environment and Climate Change  Strategy, told The Narwhal in an interview.

“It’s a  good example of the growing partnerships between … mineral exploration  and development companies with Indigenous people,” he said, adding that  it exemplifies a form of respect and partnership between First Nations  and industrial companies that has largely been absent in B.C.’s history.

Day  agreed. “We wish more companies would be as ambitious about  reconciliation and working with nations to protect sensitive areas, as  Skeena has been. I hope that other companies in our territory can learn  from this.”

The  Tahltan Nation opted to protect the area as a conservancy, instead of  adding it to the provincial park, to ensure community members could  continue to hunt, fish and otherwise use the landscape.

“What is  clearly off the table is commercial logging, for instance [and] mining,”  Heyman said. “We certainly expect that the conservancy will provide a  range of public use opportunities that are consistent with the cultural  values and interests of the Tahltan people.”

He said  there is also a Tahltan guide-outfitting company that operates in the  area, which will be able to access the area for guided hunting trips.

“The  Tahltan, generally, are very grounded in their history and their culture  and their values,” Heyman said. “But they take that and look for ways  to find economic and development opportunities that are consistent with  those values.”

Day said  the conservancy also gives the Tahltan Nation flexibility in how it  manages the health of animal populations in the region. As The Narwhal previously reported, the Tahltan Nation is exercising its Indigenous Rights and Title to manage wildlife on the territory.

“It’s an  area with a lot of the iconic, culturally important animals and given  the ongoing concerns that we have, especially with ungulate management,  coupled with the fact that we’re doing our own predator management, in a  conservancy we’re still allowed to do that.”

The  3,500-hectare Mount Edziza Conservancy is the one of three major  projects the Tahltan Nation is working on, as part of its Tahltan  Stewardship Initiative, which includes developing a land use plan for  the entire territory. The other areas — Sheslay and Klappan — span  nearly one million hectares of the territory.

“This decision was made a long time ago,” Day said. “The Tahltan universally agreed that this area needs to be protected.”

Frank Brown, a Heiltsuk Hereditary Chief and member of the Indigenous Leadership Initiative,  told The Narwhal in an interview Indigenous-led conservation is  essential as Canada grapples with climate change and biodiversity loss.  He noted the federal government committed to protecting 25 per cent of  the country’s land and water by 2025 and 30 per cent by 2030.

“Indigenous  people have been advocating to achieve that and it should be  Indigenous-led because of our inalienable relationship to our place,” he  said.

He explained how conservancies and Indigenous Protected and Conserved Areas benefit everyone — First Nations, government and industry. “What  happens currently is a development will be proposed in an area that is  sensitive, even sacred to certain Indigenous groups, and it creates a  collision of controversy and conflict.”

“Having  those conversations in advance with First Nations in British Columbia,  who have unceded title and rights, can create certainty for all of us.”