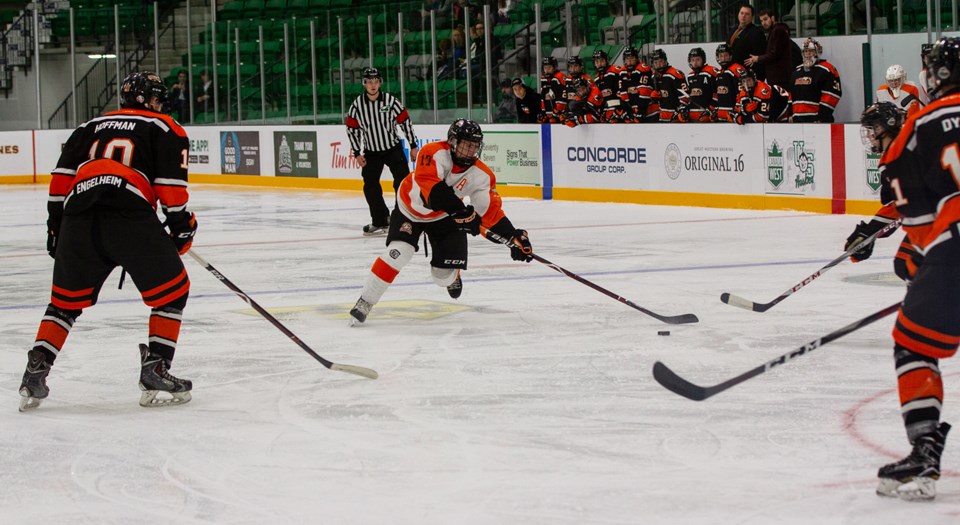 A proven goal-scorer is set to join the Prince George Cougars system after the team made a trade today (Sept. 12).

The Cats have acquired 17-year-old Davin Griffin from the Prince Albert Raiders in exchange for a conditional draft pick at a future Western Hockey League (WHL) Bantam Draft.

Griffin has yet to play a game in the WHL, but was one of the top-scorers on his Saskatoon Contacts major midget club the past two seasons.

In the 2018-19 campaign, he combined for 46 points in 43 regular-season games, which included a team-high 26 goals and cracking the top 10 in the Saskatchewan Midget AAA Hockey League (SMAAAHL).

“Davin is an offensive player that has a track record of scoring at the Bantam and Midget levels,” said Cougars’ General Manager and Head Coach Mark Lamb in a news release. “We needed to add to our 2002-born age group, and he is that piece we were looking for.”

The Regina product was drafted as a bantam 100th overall in 2017 by Prince Albert.

In his first year as a midget-level player, he led his Contacts club with 35 points in 39 games.

The Cougars are heading to Dawson Creek for two pre-season games against the Edmonton Oil Kings tonight and on Saturday afternooon (Sept. 14) at the Encana Events Centre.