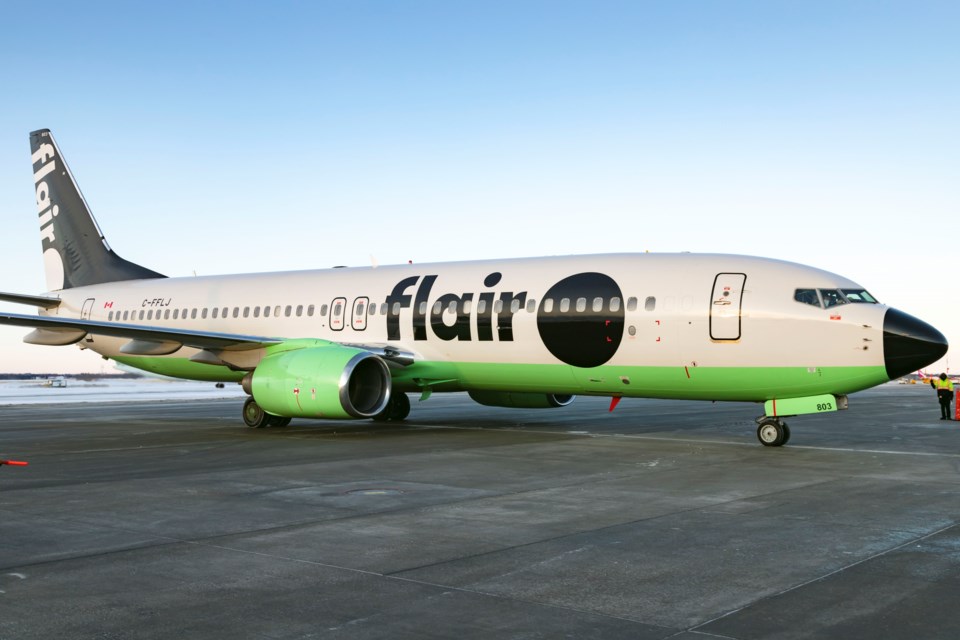 Another flight to Prince George on Oct. 18 has been detected for COVID-19.

The BC Centre for Disease Control (BCCDC) reported a confirmed case for the virus on Flair Airlines flight 8186 with service from Edmonton to YXS, two days after the company decided to temporarily suspend its service to the northern capital to make 'adjustments' to its fleet.

The rows affected, however, are not known at this time.

This is the fourth Flair Air flight in or out of Prince George added to BCCDC's list since the pandemic reached the province.

The nine other flights involving YXS that had a passenger exposed to COVID-19 are as follows:

Since March 27, passengers seated near a case of COVID-19 that was recognized after arrival are no longer being directly notified of their potential exposure, but are asked to check online and monitor their symptoms.

Flair Airlines said, in a statement, it hopes to restart flights out of Prince George by Dec. 18

Passengers whose flights were cancelled are set to receive a full refund.