College of New Caledonia graduate Alex Tranq received high praise for his recent research focused on forestry and climate change, but his good fortune began with a game of rock-paper-scissors.
Dec 9, 2017 8:16 AM By: Stuart Neatby 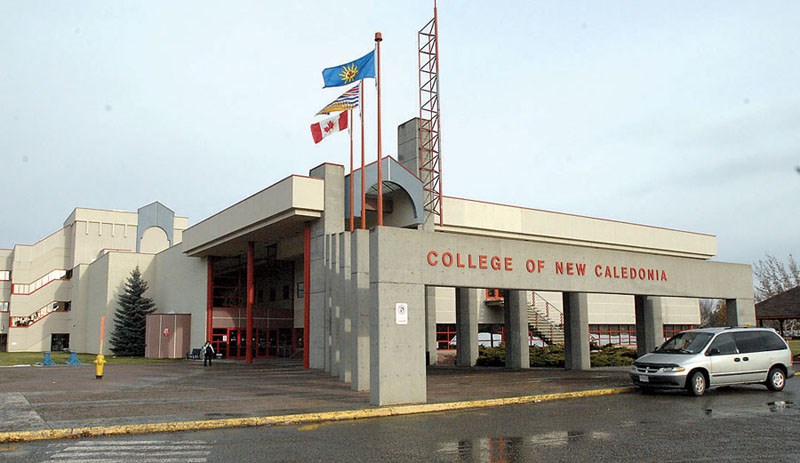 College of New Caledonia graduate Alex Tranq received high praise for his recent research focused on forestry and climate change, but his good fortune began with a game of rock-paper-scissors.

Tranq's research topic, for which he took home second place in the Applied Research and Technology Report contest of the Canadian Technology Accreditation Board on Friday, was decided through the game of chance. His topic, which focused on evaluating western larch trees as a future crop in the rapidly warming climate of Prince George, was one of four ideas initially presented to a group of students by instructor Ed Morrice.

"Ed had the concept of it," Tranq said following a brief ceremony for his award on Friday at CNC.

"I actually won a game of paper-scissors-rock, and so I was really excited about it, because this was something I was really interested in."

Tranq has significant experience working in forestry. He currently works as a stewardship technician in Williams Lake with the Ministry of Forests, Lands, Natural Resource Operations and Rural Development. Following his graduation from CNC last spring, he also worked with the ministry, helping to implement firefighting plans during the summer wildfires.

The seed for Tranq's research was initially planted 20 years ago by Peter Forsythe, who was then working with Sinclar Group Forest Products. Forsythe had set up the trial of western larch in 1997 in order to see how the species would cope with the climate of northern B.C. The western larch is not native to the region.

Tranq's paper focused on how the western larch species of this trial has fared as the northern climate has changed, and Prince George's winters have become warmer.

Morrice, who supervised Tranq's research, believes that the questions raised in Tranq's paper have practical implications for the region's forestry industry.

"One question is, what about planting species outside of their range, moving more southern species to the north to get ahead of climate change? Western Larch is one of those trees."

Tranq's second place award netted a prize of $500. He believes research of this type might have application far into the future.

"Thirty years in the future we could have warmer winters, more precipitation," he said.