Premier John Horgan says he's confident the federal government will be there to help British Columbia take the steps needed to prevent more wildfires from threatening communities once this season's series of massive outbreaks has been dealt with.
Aug 1, 2017 9:59 PM By: Mark Nielsen 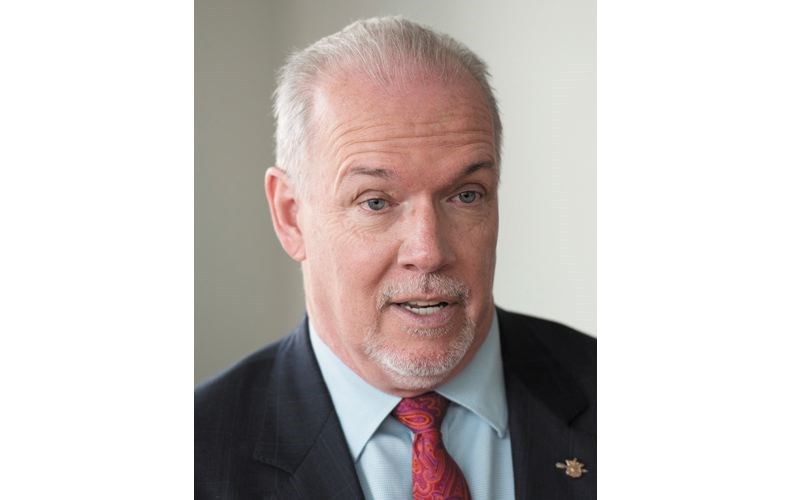 Premier John Horgan says he's confident the federal government will be there to help British Columbia take the steps needed to prevent more wildfires from threatening communities once this season's series of massive outbreaks has been dealt with.

Horgan and Prime Minister Justin Trudeau were in Williams Lake on Monday to get a look at how the community has faired and meet with evacuees.

Horgan said no commitment to assisting with mitigation efforts was made by Trudeau but noted two cabinet ministers are from B.C. and understand the challenges the fires have created, "and I'm confident that the federal government will be there when we need them in the fall."

Horgan said the Filmon report will "be the foundation for what we do after we get people back to their homes after the fires are out and we start to take stock of what the consequences have been from this season's fires."

Written by former Manitoba Premier Gary Filmon more than a decade ago, it set out measures to prevent a repeat of the extensive damage that struck the Okanagan particularly hard in 2003. Key among them was to clear out fuel sources that would pose a threat to homes and businesses if set alight.

In May 2015, the Forest Practices Board was highly critical of the slow progress made in B.C. since the report's release.

While the provincial government's strategy for protecting communities from wildfires has worked for many larger communities such as Prince George, the FPB found it has not been ideal for smaller ones.

Part of the problem was that the existing approach "requires numerous local governments to develop expertise and to use scarce resources and capacity to manage the wildfire hazard," the FPB said.

"This model has worked for many larger communities such as Kelowna, Kamloops and Prince George, but it is not ideal for smaller communities," the FPB said.

For the time being, however, Horgan said the focus will be on containing the blazes and helping people deal with the impact of the fires that have burned.

Following the stop in Williams Lake, Horgan said he then continued on to Prince George the same day to meet with Mayor Lyn Hall and visit the facilities set up to accommodate evacuees.

"My hat's off to the people of Prince George," Horgan said in a telephone interview Tuesday with The Citizen.

"With all that goes on in the summer months, people coming and visiting and enjoying the lifestyle in our Interior and our North, to make space in their hearts and their homes to help people is just very heartwarming."

Although he has flown over the forest fires, Horgan emphasized that he wanted to make sure he was not getting in the way of efforts to contain the blazes before making an on-the-ground appearance.