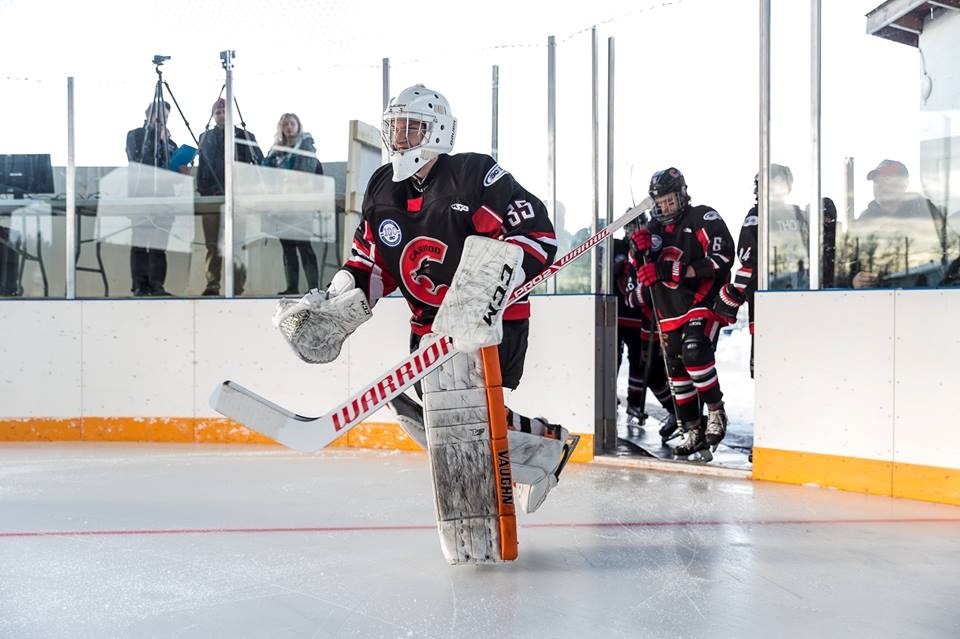 Devin Chapman is a goaltender on the Cariboo Cougars (Prince George) in the B.C. Major Midget Hockey League (via Facebook/Cariboo Cougars)

That sums up last month for Devin Chapman, goaltender for the Cariboo Cougars, who has recently been honoured for his play between the pipes by the B.C. Major Midget Hockey League (BCMML).

The Williams Lake native has started in the 13 games this season as the first back-up netminder for Cariboo.

His overall record consists of 10 wins, a loss, and two ties, along with a combined 2.34 GAA.

The Cariboo Cougars are in their final weekend of the 2018-19 season before playoffs, ending the year on the road.

Currently, the Major Midget Cougars rank third in the BCMML standings with a record of 25-8-5-0, but only a single point behind two teams tied for first place.

Big congratulations to Devin Chapman, who has been selected as the BCMML player of the month! Devin was 5-0 in February, with a 1.20 GAA and .955 save percentage! #defendthenorth pic.twitter.com/MzSm2hkDlO