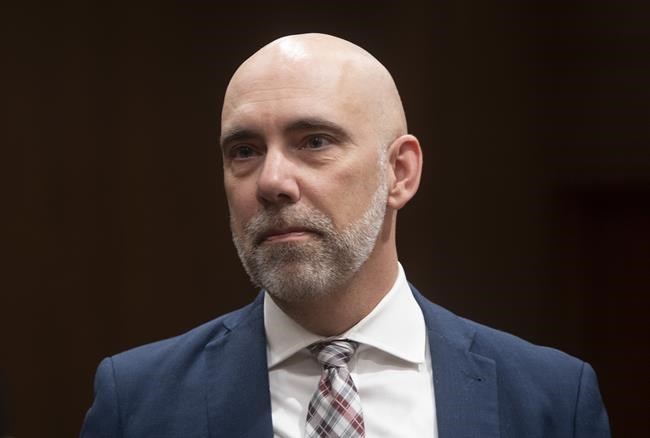 Under one scenario the parliamentary budget officer looked at, the government would claw back 50 cents of each dollar earned over $1,000 and allow recipients to receive an additional 12 weeks of benefits.

The first cohort of CERB recipients will hit the current 16-week limit early next month.

Budget officer Yves Giroux's report says simply extending the maximum number of weeks to 28, and extending the program through to January 2021, would cost about $57.9 billion.

The costs in Giroux's report don't take into account what the government has already spent on the CERB, which now has a budget of $60 billion, up from $35 billion, because more people have claimed it for longer than expected.

The most recent federal figures show 8.41 million people have applied for the CERB, with $43.51 billion in payments made as of June 4.

Under either scenario, Giroux estimates that letting recipients receive payments for 28 weeks, rather than the current 16-week maximum, could be an incentive for some to not go back to work as restrictions ease and businesses reopen.

The cost for that could be over $3.2 billion, the report says, but with a caveat that calculations about how recipients respond to changes "are highly uncertain and rely on strong assumptions."

Similarly, the overall cost estimates could change based on economic conditions and the course of the pandemic itself, and how many companies use a federal wage subsidy to rehire workers and pull them back from the CERB.

The report comes as the House of Commons is set to discuss proposed changes to the COVID-19 pandemic-related aid, with proposals mirroring some of what Giroux probed as part of a request from the Opposition Conservatives.

People would be cut off if they fail to return to work when "it is reasonable to do so" and their employer has asked them to come back, or if they are able to work but decline a reasonable job offer.

Claim periods would be reduced from four to two weeks for Canadians experiencing short-term job loss, or needing to quarantine.

Many small business owners support measures to cut off CERB payment to workers who are offered their jobs back, barring health-related issues, the Canadian Federation of Independent Business says.

The organization, which represents tens of thousands of small businesses across the country is also asking for changes to the wage subsidy program to ease revenue-loss requirements and create a sliding scale with smaller subsidies for firms with smaller revenue losses due to COVID-19.

CFIB president Dan Kelly said that whatever the Trudeau Liberals decide and the wage subsidy and CERB, they need to do it soon to provide certainty for companies as they reopen.

"While it's too early to do away with CERB, it's time to shift gears on the federal support programs to encourage people to rejoin the labour force," he said in a statement.

Almost three million people remained unemployed in May, according to the latest figures from Statistics Canada, as even more decided anew to look for work, pushing the unemployment rate to an all-time high of 13.7 per cent.

Men started gaining back jobs at a faster pace than women in May, widening a gender gap in employment losses.

Women with children six and up gained back jobs at a faster rate than those with younger children, showing what experts say is a need for child care to help workers go back to their jobs.

A survey of more than 8,000 regulated child-care centres and home daycares, released Wednesday by a group of child-care groups, suggested that over one-third were uncertain they would be able to reopen with restrictions easing. Some 70 per cent also said they had laid off staff, with almost 90 per cent of centre staff applying for the CERB.

"To get child care back up and running, governments must find ways to bring employees back to the sector," Don Giesbrecht, chief executive of the Canadian Child Care Federation, said in a statement.

"This means addressing the problem of low wages and inadequate compensation, and putting in place special funding to make sure that child care facilities are safe for both children and staff."

The federal government has offered $14 billion to provinces to help with reopening plans, with an unknown part of that targeted towards child care.