Cirque du Soleil will be making its return to Prince George with its high-energy and high-acrobatic production OVO – a look into a new day in the life of insects through a non-stop riot of energy and movement.

“It is jubilant to have such a happy story to share with people after things have been crummy for people for the last couple of years, and to bring such a quality well known show to Prince George, it is just such a thrill,” said CN Centre entertainment manager Glen Mikkelsen, who was dressed as a caterpillar when he made the announcement to the community.

Through show-stopping acrobatics highlighting the unique personalities and abilities of selected insect species, OVO explores the beauty of biodiversity in all its contrasts and vibrancy.

“The theme is insects so there’s a whole different variety of bugs at play so there’s gnats that jump up and down and a spider and preying mantis and there’s all sorts,” added Mikkelsen.

“They are just such clever people putting this show on and incorporating those motions and movements of the insects that I think it will be truly fascinating.”

OVO will perform in Prince George at the CN Centre from June 30 – July 3, 2022 for seven performances.

Comprised of 100 people from 25 different countries, including 52 artists, OVO (“egg” in Portuguese) brings to the stage high-level acrobatic acts redefining the limits of the human body.

It is one of the largest high-flying shows ever undertaken by Cirque and bringing it to the CN Centre will be quite a feat.

Mikkelsen explained the announcement had to be delayed so Cirque could send a rigging expert to check the ceiling of the CN Centre to make sure the show could fit given the building's low ceiling.

The rigging expert asked if the ice would be in or out because even that inch-and-a-half of ice would make a difference as to whether or not the show would fit in the building, but fortunately, the CN Centre got the green light.

Mikkelsen said the CN Centre will have to make some adjustments like removing some of the light fixtures, and taking down the central digital ring which hangs below the score clock.

“It is going to take a lot of pre-planning to get this show in here and there’s over 20 trucks that are coming with it so it will take weeks working with our crew and the various people that put on the shows to make this happen inside of the CN Centre,” said Mikkelsen.

“From a tourism perspective these events do wonders to drawing visitors, especially from the region and I think especially looking at this event and the weekend it is taking place it is a really good opportunity for us to get in front of this and really encourage people to come and check out Prince George that weekend,” said Carson.

Since OVO opened in Montreal in 2009, it has thrilled more than 7 million people in 155 cities in 26 different countries.

Starting today, the tickets for OVO are available online exclusively to Club Cirque members and the general on-sale starts on April 11, 2022 at cirquedusoleil.com/ovo. 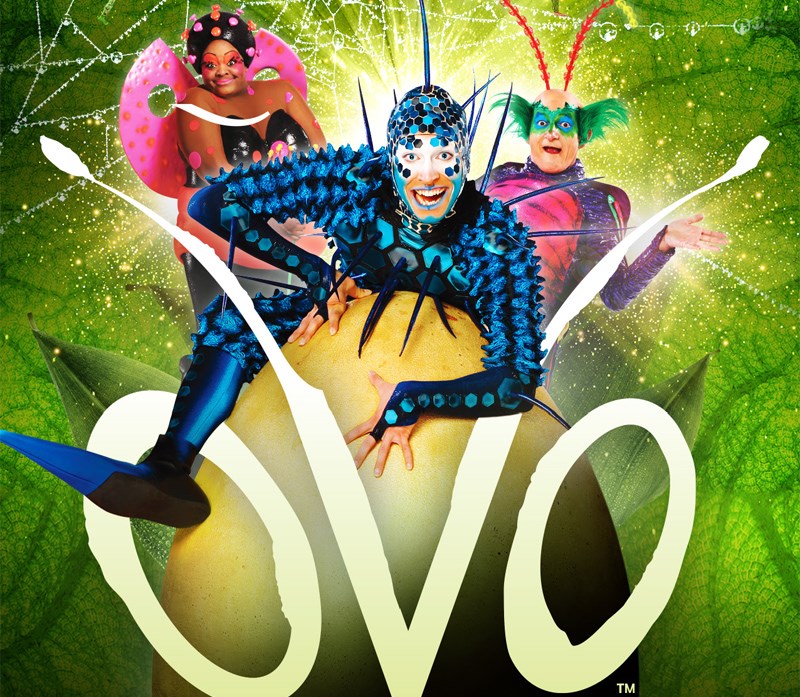