Kyle Balzer
Jan 30, 2019 1:35 PM
Previous Next
1 / 1 [From left to right] Brett Connolly, Jon Cooper, and Brandon Manning are all in the NHL representing Prince George (via NHL/Kyle Balzer)
Expand
Previous Next

Almost every NHL team has reached 50 games in the 2018-19 season thus far, which means no more monkey business.

There’s no doubt we’re all rooting for our favourite player, coach, or team and praying to the hockey gods for a long playoff push for a shot at the Stanley Cup.

Prince George isn't overly represented in the league, but some have stood out in recent years as key playoff contenders.

Will notable names like Brett Connolly, Brandon Manning, and Jon Cooper be able to bring hockey’s holy grail back to the north?

Let’s check in and see how they’re doing, shall we? 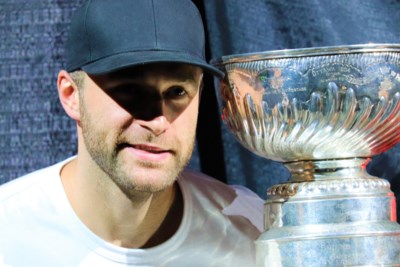 Brett Connolly poses with the Stanley Cup at the CN Centre in Prince George on Aug. 20, 2018 (via Jessica Fedigan)

Brett Connolly is having another solid year as one of only five Washington players, including captain Alexander Ovechkin, to play in all of the first 50 games.

The 26-year-old could suit up for all 82 games this season, so long as he doesn’t get injured and based off last season’s Stanley Cup run, he’ll want to make sure he’s 100 per cent.

It would be the first time in his career of playing a full season with an NHL franchise.

He has 25 points thus far, six goals and 19 assists, which is seventh among his Capital comrades.

Washington (27-17-6) is currently second in the Metropolitan Division, one point ahead of the Columbus Blue Jackets and three points back of the New York Islanders, which, ironically, is coached by Barry Trotz.

Both Connolly and Trotz won the Stanley Cup together last year, so the incentive to beat your old boss could be a kick in the behind.

He has only tallied three points in his last 12 games (one goal, two assists) while also riding a seven-game losing streak with the Caps.

Coach Cooper likely has the best chance (for now) at returning hockey’s holy grail to Prince George this summer.

The 51-year-old's league-leading Lightning are holding on to a record of 37-10-2 going into the second half of the season, along with the best home record of 20-5.

Cooper has backed his club to seven wins in their 10 games.

The Prince George bench boss was also involved in the 2019 All-Star Game in San Jose coaching the Atlantic Division.

On coming back from the break: “There’s a sense of excitement, you can tell that they've got energy."

Historically speaking, Tampa Bay always seems to be playoff ready, but when it comes to delivering on their word, sometimes it falls short.

In his near six full seasons as the Lightning leader, Cooper has made the playoffs four times, losing two conference finals (2016, 2018) and one Stanley Cup final (2015) to Chicago.

He is determined to not let another lengthy run in the postseason come to another complete stop.

His year may have started a little windy, but now Brandon Manning is feeling (somewhat) closer to home.

The 28-year-old from Prince George was traded from the Chicago Blackhawks to the Edmonton Oilers in December after posting a -14 plus-minus rating.

Since the trade, the defenceman has played in eight games for Alberta’s capital, nabbing his first goal as an Oiler on Jan. 20 at Rogers Place against Carolina.

He’s hoping to call Edmonton his new home for the long term after spending six seasons within Philadelphia’s organization.

Now, Edmonton is not quite out of a playoff spot; they’re only three points back of Colorado and Vancouver for the second and final wild card spot.

However, with more than 30 games left and a number of contenders in the way, it may be a difficult challenge.

Whenever Manning has made the playoffs, he doesn’t get a lot of playing time, so we can safely say the odds of him bringing the Cup back to his hometown are slim, at least for now.