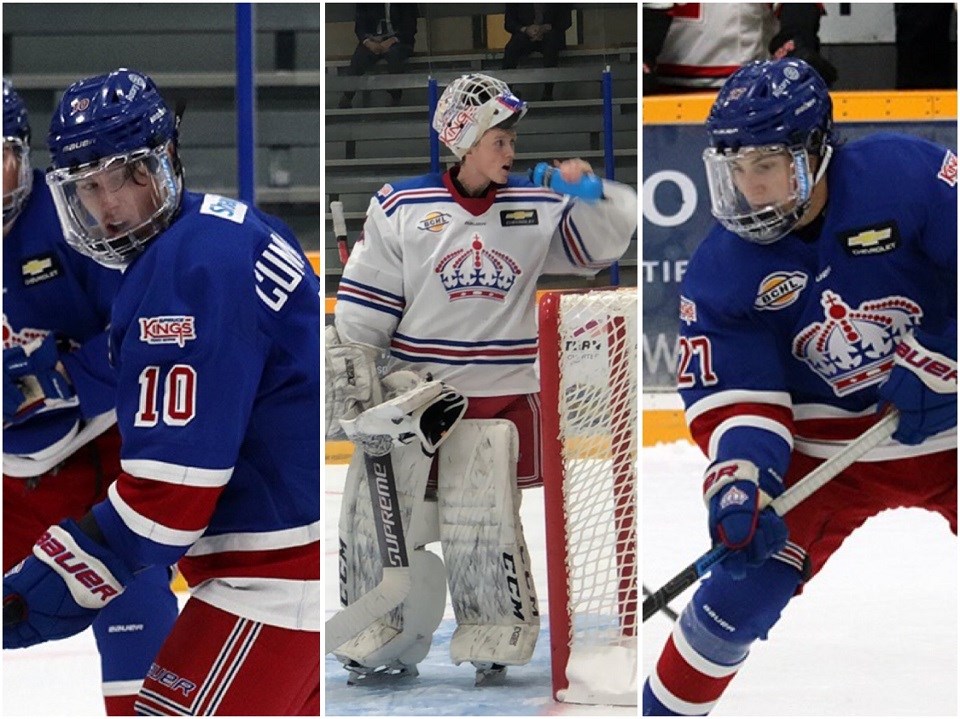 That summarizes the weekend that was for the Prince George Spruce Kings as they continued their cohort preseason play down in the province’s Kootenay region, which included two contests against the BCHL’s newest franchise.

The Cranbrook Bucks asserted offensive dominance in the Friday night fight (Nov. 13) at Western Financial Place, downing the Spruce Kings by a score of 6-2.

While the red, white and blue was able to tie it up at 2-2 early in the middle frame, the Bucks tallied three unanswered goals within a five-minutes span to build an uncatchable lead.

The scoring spree resulted in a goaltending switch for Prince George as Aaron Trotter replaced Jordan Fairlie in that same period, though he was credited with the eventual loss.

Trotter was put back between the pipes on Saturday (Nov. 14) and Head Coach Alex Evin’s decision proved to be the right choice as the 19-year-old stopped 13 of 14 shots and held on for the 2-1 Spruce Kings’ victory over Cranbrook.

The first-period momentum continued for the Kings with Corey Cunningham tipping in a shot from rookie Ben LeFranc at the blue line for the 2-0 lead.

Cranbrook cut the lead with 68 second remaining in the second stanza, but Prince George was able to hold on for their fourth win of the preseason and split their inaugural face-offs with the Bucks 1-1.

The Spruce Kings ventured to Trail for a Sunday (Nov. 15) matinee, which was also their first meeting since the Smoke Eaters swept them out of the 2019-20 playoffs.

A shootout was needed by game’s end, but the second point went to the home team in handing Prince George a 2-1 setback to conclude the three-game stint.

Trotter once again proved himself worthy of a possible starting goaltender position in making 19 saves on 20 shots.

Buono, goal and an assist, and Cougars’ transfer Connor Bowie, two assists, were the only Kings to record multi-point performances on the road trip.

The Kings are now 4-2-0-1 through seven preseason tilts with one left on the exhibition schedule.

Prince George will face Merritt for a fifth and final time before the 32-game regular-season begins on Dec. 1, squaring up in Nicola Valley Memorial Arena on Saturday (Nov. 21) at 7 p.m.

The Kings are 3-1 against the Centennials in cohort play.