Ever wonder how to properly use bear spray in the middle of an attack? How to avoid an attack all together? How to set up and maintain effective electric fencing to avoid conflicts and keep fruit trees, chickens and gardens safe from bears? All these
Oct 1, 2019 8:53 AM By: Christine Hinzmann 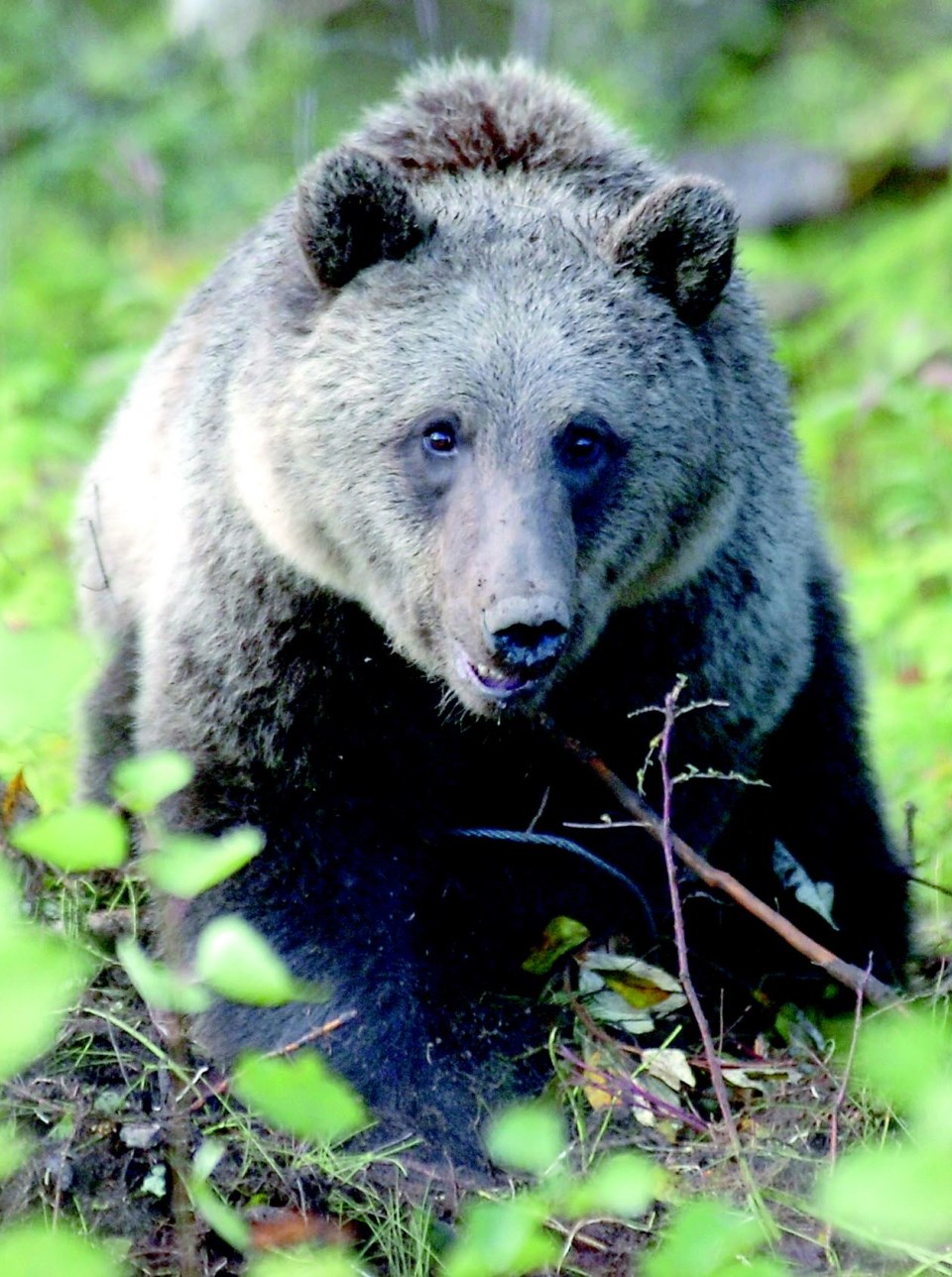 Seen here in 2007 a young grizzly digs up the ground where he is snared in between the Aberdeen Glen Golf Course and Aberdeen Road. The bear was tranquilized and moved away in a bear container.Citizen photo by David Mah

Ever wonder how to properly use bear spray in the middle of an attack? How to avoid an attack all together? How to set up and maintain effective electric fencing to avoid conflicts and keep fruit trees, chickens and gardens safe from bears?

All these questions will be answered during a free workshop held at Spruce City Wildlife in Prince George on Friday and again Saturday in Vanderhoof at the College of New Caledonia's campus.

Gillian Sanders, project coordinator and owner of Grizzly Bear Solutions in Meadow Creek, B.C. will be traveling north to share her knowledge with those interested in hearing it.

Sanders has been working in the field of grizzly bear conservation for 18 years and started the work she does with Grizzly Bear Solutions about seven years ago.

"I live, work and recreate in grizzly bear habitat and I am a beekeeper myself," Sanders said. "So part of my motivation for preventing grizzly bear conflicts was my own personal need to protect my hives from bears."

In 2002, Sanders worked on a PhD research project for a friend and that introduced her into the science and research of grizzly bears and then she started Grizzly Bear Solutions to improve people's coexistence with grizzly bears, prevent unnecessary conflicts, provide education and promote the use of effective practical tools, Sanders said.

The first part of the workshop is training on how to use bear spray, which Sanders said is a fairly simple and effective tool.

"The bear safety part of the workshop provides information more around how to prevent an encounter and how to act in an encounter," Sanders said. "Bear spray is only effective within three to four metres in distance so basically we never want to be that close to a bear in the first place. In an encounter where we suddenly find ourselves that close to a bear, whether it's coming towards us or we happen to have a surprise encounter at close range, bear spray can be very effective to deter a bear."

The workshop includes hands-on practice with inert bear spray, which is the same consistency of bear spray but without its pepper component.

"This will allow us to practice removing the safety, pressing down on the canister, and seeing how far the bear spray moves away from us, without having to work with the spray that has the pepper content in it," Sanders said. "Bear spray is a very effective tool when deployed correctly."

Sanders was quick to make the point that despite what people say, even with the wind blowing towards a person, bear spray is still an effective way to avoid a bear attack.

"For me, if I'm in a tight situation with a bear and the wind happens to not be in my favour, I'm still going to choose to use my bear spray and maybe get a little bit of pepper in my face than actually be mauled," Sanders said as someone who has never been attacked by a bear.

Meadow Creek has a man-made Kokanee spawning channel and there are multiple grizzly bears coming in for the fish. Sanders is involved in research projects collecting hair samples that provide DNA information about the bears in the area and she is also a bear viewing guide.

"So basically every time I go out I have bear encounters," Sanders said.

During the workshop, Sanders will talk about how a black bear will react to people versus a grizzly bear and offer advice for both situations.

Through her work, Sanders has helped to set up more than 290 electric fences to keep bears away.

"That's to keep them out of all kinds of situations," Sanders said. "Primarily, it's to protect agricultural attractants, such as chicken coops, bee hives, small livestock pens and fruit trees. Electric fencing is an awesome tool to use when installed and maintained correctly. It makes it so we can grow our food without having any conflicts with bears."

Sanders understands how stressful and expensive it can be when bears come in and create property damage.

"With properly installed and maintained electric fencing we can avoid those problems all together even if bears are active in the area," Sanders said.

Friday's Prince George workshop will be held at Spruce City Wildlife Association, 1384 River Road from 6 to 9 p.m. The free workshop on Saturday in Vanderhoof will be held at CNC's Nechako-Vanderhoof campus, 3231 Hospital Rd., from 10 a.m. to 1:30 p.m.