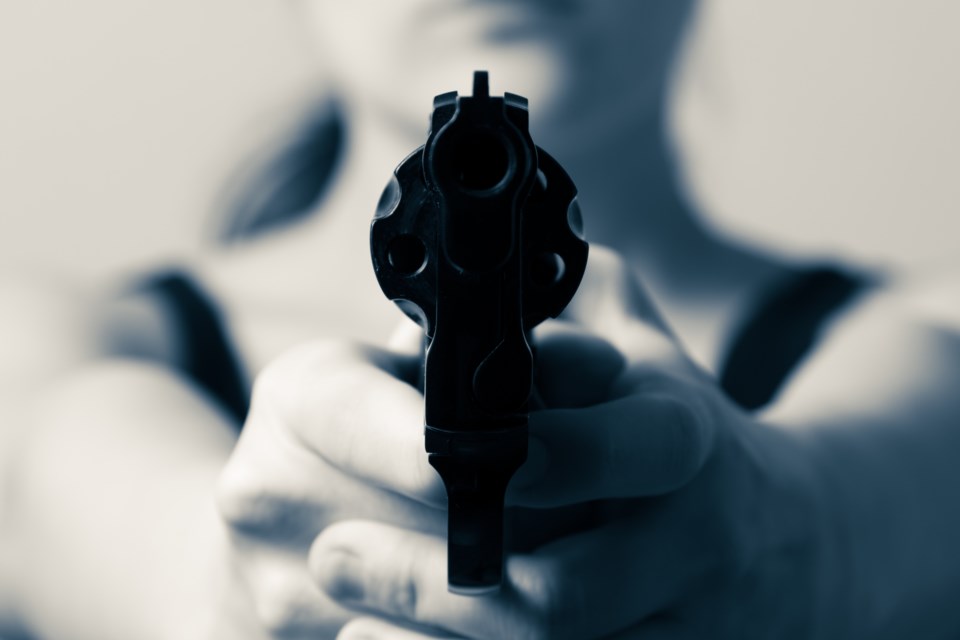 Woman pointing a gun (via Shutterstock)

“Prince George has always come up in police briefings. There are major issues going on there with gang stuff. And with gangsters come girlfriends – it’s inevitable.”

That’s a statement from Anisha Parhar, a female Gang Detective in the Vancouver Police Department (VPD) and co-founder of Her Time, an anti-gang initiative encouraging young women to get out, especially from men in their lives that are associated with one.

She, along with Sandy Avelar, also a female gang detective with the VPD, will be making a visit to B.C.’s northern capital for the first time next week to talk about their program to students in School District 57 (SD57), as well as one presentation to the general public.

“We’re working, and we’re seeing it on the front line constantly. Girls are going to be by these guys’ sides at all times,” Parhar said in an SD57 release, going on to explain details of how young women are being utilized and sourced out by men in gangs.

Both Parhar and Avelar started Her Time in December 2017, believing there was a lack of education and resources for women who have been subjected to organized crime, offering exit strategies for those wanting to get out.

Another unique aspect of the presentation will be the chance to hear from two women who have spent time in jail as a result of choosing to succumb to gang life, but have since chosen to leave it all behind in hopes of inspiring others.

“One set up a murder,” said Parhar. “We have girls that have been heavily involved. Some have kids with these guys and some don’t. Some have been to jail for years. Some have had guns in their mouth and have pointed guns.”

Her Time presentations will be made at two high schools and two elementary schools in Prince George, and Avelar says talking to kids as young 10 years old is important, given how modern technology is a major influence.

“We’re in talks with different cities in the Lower Mainland to go to Grade 5 next year, which is so sad,” she said in the same release, “But, those kids have smartphones, and when you have smartphones you have access to social media, and social media is a big recruiting ground for the dial-a-dope level of gangs. That’s where we’re seeing a lot of the younger violence kind of start.”

The detectives’ public presentation will be at College Heights Secondary on Thursday, June 6 from 6 p.m. to 8 p.m.