The "starting pistol's now been fired" on the next step in the process of securing provincial government approval to build a $2.8-billion ethylene plant in the BCR industrial site. That's how West Coast Olefins Ltd.
Dec 20, 2019 5:07 PM By: Mark Nielsen 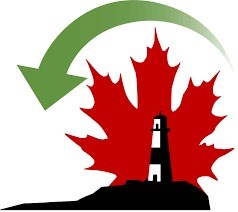 The "starting pistol's now been fired" on the next step in the process of securing provincial government approval to build a $2.8-billion ethylene plant in the BCR industrial site.

The order outlines the formal scope, procedures and methods for a review. Steps will in include a public consultation period as well as a review by a working group, the EAO and the Lheidli T'enneh First Nation.

It follows on the submission in September of a 143-page project description. It provides the basis on which to decide the specific steps needed to get regulatory approval.

Feedstock for the plant would come from Enbridge's natural gas pipeline via a recovery system made up of an extraction plant adjacent to the pipeline and connected to a separation plant at the BCR.

That requires approval from the province's Oil and Gas Commission. An application will be submitted once negotiations on where to place the extraction plant have been completed, James said.

Meanwhile, a meeting was held this week in Prince George with potential investors.

WCOL hopes to have the approval process wrapped up in time to make an investment decision in December 2020.

According to the submission to the EAO, the ethylene plant would account for as much as $2.8 billion worth of construction and, on the current schedule, the work would last from the spring 2021 to summer 2023 and generate 2,000 to 3,000 jobs at its peak.

Once completed, it would employ 140 to 180 employees directly and 25 to 50 contract employees during commercial operation, and have an initial lifespan of about 25 years.

Ethylene from the plant will be supplied to adjacent ethylene derivatives plant at the BCR to produce polyethylene - essentially plastic in pellet form - and possibly mono-ethylene glycol - used as antifreeze and heat transfer fluid - for export to Asia.

"Fifty per cent of the world market for ethylene glycol and polyethylene are Asia and they're the fastest growing markets so they're going to make up a larger and larger proportion as the future unfolds," James said. "And Prince George offers the lowest-cost production site in North America."