Hundreds of sawmill workers are being laid off in B.C., some of them permanently, despite recent record profits made by B.C. forestry companies, which continue to expand south of the border.
Nov 14, 2018 10:44 AM By: Nelson Bennett 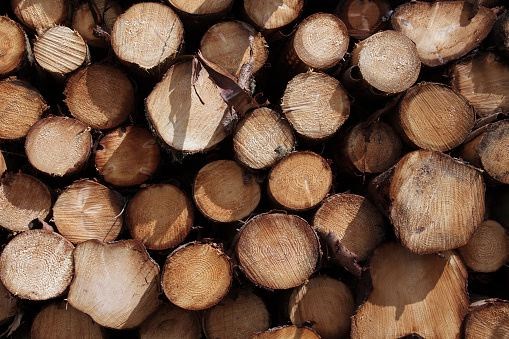 Hundreds of sawmill workers are being laid off in B.C., some of them permanently, despite recent record profits made by B.C. forestry companies, which continue to expand south of the border.

The problem is not lumber prices or softwood lumber tariffs - although lumber prices have fallen in recent months - but rather high log prices and low supplies in British Columbia, a result of the Mountain pine beetle, which ate through roughly half of B.C.'s harvestable timber supply.

All major forestry companies in B.C. have announced curtailments at their B.C. sawmill for the fourth quarter. In the case of West Fraser Timber Co. (TSX:WFT), the curtailments are permanent.

On November 13, West Fraser announced it is permanently shutting down a third shift at two of its mills - one in Quesnel and the other in Fraser Lake. The company said the decision affects 60 workers in Fraser Lake and 75 in Quesnel.

Effective January, West Fraser will take about 300 million board feet out of production permanently by shutting down third shifts at two sawmills. That's about 13% of West Fraser's production in B.C.

"We think the majority of those folks are going to be able to land in other opportunities within our company in our other operations," James Gorman, vice president of government and corporate relations for West Fraser Timber, told Business in Vancouver. "But at the end of the day, that's still 135 positions that won't exist in British Columbia in the forest industry going forward."

Tolko announced last month that it was laying off 100 workers at its Quesnel sawmill, and on November 9 Conifex announced that it is temporarily curtailing its production at its Fort St. James sawmill for two weeks, which is affecting 180 to 200 workers.

All companies say the curtailments are due to a lack of quality log supply and high log prices.

Meanwhile, Tolko recently announced it is taking a 50% stake in a lumbermill in Mississippi, and Canfor announced November 9 that it is buying a sawmill in Soiuth Carolina for $110 million.

It's part of a long-term exodus that has seen B.C. based forestry companies investing in American sawmills, which have access to more timber than in B.C., and a long-term decline in timber in B.C.

Gorman said there is little the provincial government can do to address the long-term decline in B.C. timber supply.

"We've got a well-documented timber supply shortage," Gorman said. "And this is about Mountain pine beetle. And it's also about recent wildfire.

"This isn't about a government policy decision of either the previous government or this government. This is really about a naturally occurring phenomenon that has substantially depleted the timber supply resource and will over the medium-term."

North American lumber producers had, until recently, been posting record profits, due to a high demand and high prices in the U.S. But lumber prices have been falling for the last six months, Gorman said.