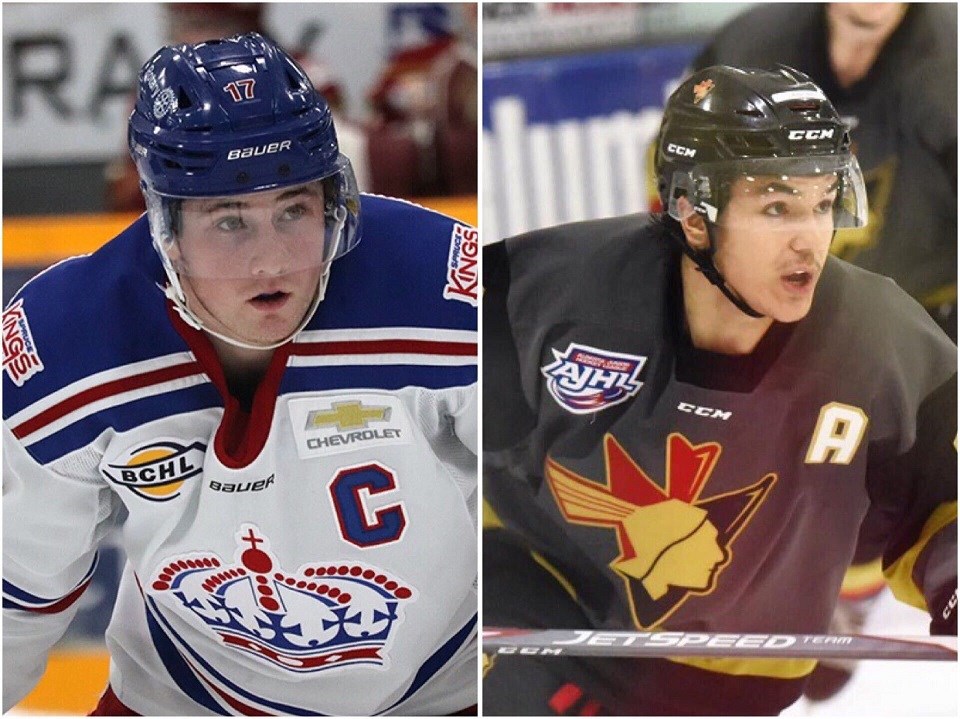 A pair of hockey players who’ve passed through Prince George will meet in the ‘Big Apple’ to start their respective collegiate careers.

Both Welsh and Dubois will be part of LIU’s first season of men’s hockey, which officially joined the NCAA on April 30 out of Brooklyn, N.Y.

The Sharks’ conference is still being determined.

Welsh served as captain of the Kings for the 2019-20 season, a year after he helped his team reach the National Junior ‘A’ Championship Final after hoisting the Fred Page and Doyle Cups.

In three seasons in the northern capital, the Whistler, B.C. product combined for 71 points, including 22 goals, and amassed 24 points in 45 BCHL playoff games.

The soon-to-be 21-year-old was one game shy of reaching 200 games in his BCHL career.

Dubois, originally from Williams Lake, played 78 games with the Cariboo Cougars before moving up the ladder to junior ‘A’ in B.C. and Alberta.

He combined for 91 points during his time in Prince George, including 67 in his second season and 14 in the 2017 playoffs en route to the team’s second provincial championship in team history.

In his 2019-20 senior campaign, Dubois was third in team scoring with 65 points in 58 games for the Bonnyville Pontiacs (AJHL).