A plan for the city's transit system calls for regular bus service to the airport, along with the creation of several express routes.
May 4, 2021 2:29 PM By: Arthur Williams 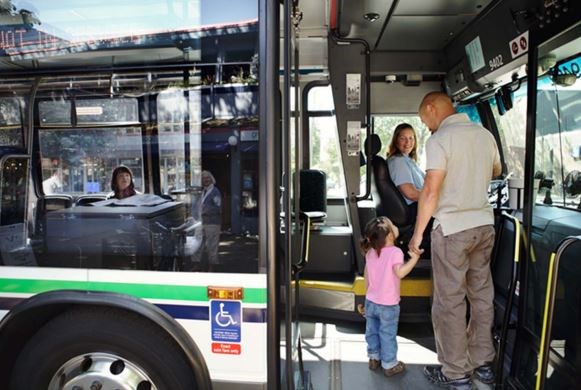 A plan for the city's transit system calls for regular bus service to the airport, along with the creation of several express routes.

BC Transit staff presented the plan to city council last month. The airport service, identified as a long-term priority in the five-year plan, would run four times daily between Pine Centre and the airport.

"The transit options for the airport is something residents have asked for for years, so it's great to see it realized in the plan," Coun. Cori Ramsay said.

However, Coun. Kyle Sampson questioned whether four trips to and from the airport each day would be enough to allow travellers and airport staff to rely on the service.

In the short term, the plan calls for the creation of an express route connecting Pine Centre, Spruceland and downtown. A second proposed express route would connect UNBC to downtown.

Also identified as a short-term priority were weekday and weekend service improvements to the 88 Westgate, 89 Hart, 5/55 Victoria, 15 UNBC/Downtown and 10 Spruceland Downtown routes. Longer-term priorities included a redesign of the 88/89 route and breaking up long, circular routes into shorter direct routes.

BC Transit planner Aaron Thompson said all the plans are contingent on the city seeing a return of transit ridership following the COVID-19 pandemic. Bus ridership dropped by roughly half in March 2020 and hadn't recovered as of the end of December.

"This plan will help us as we navigate through COVID-19," Thompson said. "The return to in-class (instruction at UNBC and the College of New Caledonia) will be key to the implementation."