Air pollution from B.C. wildfires could make COVID-19 much worse 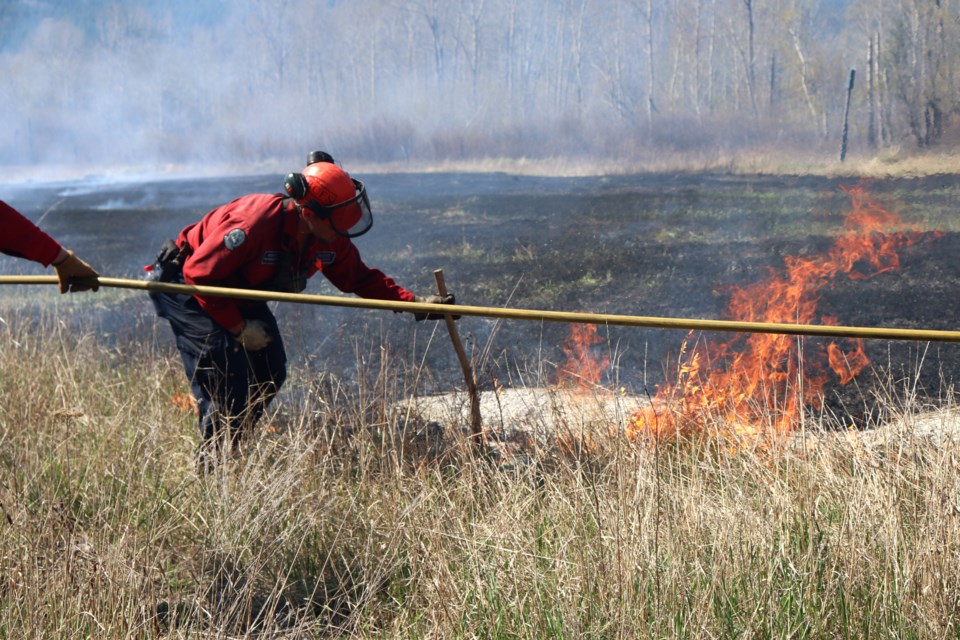 Researchers at the University of British Columbia (UBC) are warning that wildfire season in B.C. may worsen the COVID-19 pandemic if the outbreak isn't brought under control by summer.

Brauer says, "with the reduced traffic and economic activity due to social distancing, we may be tempted to assume air quality has improved, but in B.C. at this time of the year, our major air pollution sources are open burning of agricultural, forestry and other waste, residential wood heating, and road dust."

Right now, there are a handful of wildfires already burning in the province, raising the potential for severe smoke.

Health Canada estimates that 1,600 deaths in British Columbia are a direct result of air pollution every year. In the Interior, spring has already brought multiple air quality advisories over dust events.

Christoper Carlesten, professor of medicine and Canada Research Chair in occupational and environmental lung disease at UBC, says during the SARS outbreak in 2003, air pollution exposure doubled the death risk in those who had the virus.

Sarah Henderson, associate professor in the UBC School of Population and Public Health, says there are steps British Columbians can take to protect themselves and others.

"First, use of fireplaces should be banned when not needed as a primary heating source, until the pandemic is over. Second, open burning of debris should be halted in locations close to population centres, at least temporarily. Third, municipalities should take action to clean streets and reduce the potential for further road dust events," says Henderson.

The Ministry of Environment and Climate Change Strategy has already recognized the need for action by issuing open burning restrictions for all High Smoke Sensitivity Zones across the province until April 15.

"These restrictions are directly in response to the COVID-19 pandemic and the effect pollutants have on viral respiratory infections," according to the ministry.

Researchers also warn that those with pre-existing heart and lung disease should ensure they have adequate supplies of medication and should consider purchasing air cleaners.

"It is also reasonable to consider proactive fire bans to further reduce the likelihood of wildfires this year," Henderson says.