Prince George actor, Sandra Clermont, talks about her first experience on a movie set as she plays opposite Food Network star Bob Blumer in the locally made romantic comedy The Way to the Heart and how it differs from what she's best known for - stage performance.
Jun 11, 2021 4:29 AM By: Christine Dalgleish 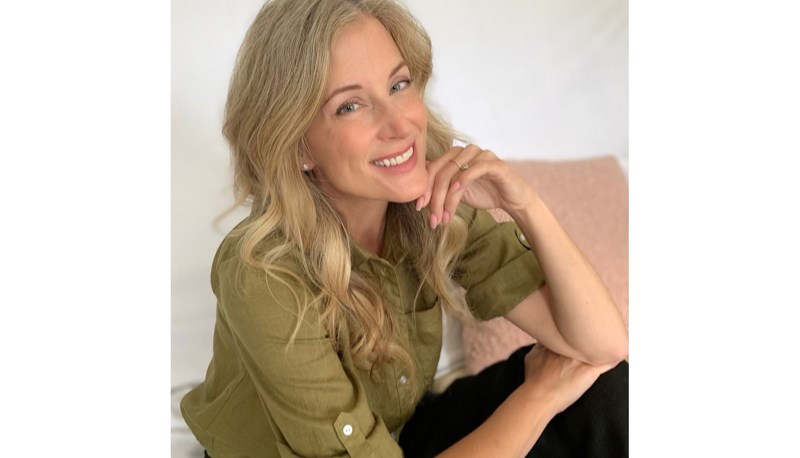 Local performer Sandra Clermont moves from stage to screen as she takes on a role opposite Bob Blumer in the latest Barker Street Cinema production The Way to the Heart.photo provided by Sandra Clermont

She’s stepping from stage to screen in one graceful leap.

Sandra Clermont takes on a role in The Way to the Heart, the romantic comedy currently being filmed in .

Now Clermont turns her goose-bump inspiring talent to the screen as she takes on the role of Bob Blumer’s love interest in The Way to the Heart, the second locally filmed Barker Street Cinema production.

“I don’t have any background in film (but) I love films, I’m a movie junkie and it’s really amazing to see the process first hand,” Clermont said. “After doing everything on stage, it’s the same thing yet completely different. At the core it’s the same, you are bringing a character to life but how you bring that character to life couldn’t be more opposite.”

Moving from stage to screen poses a challenge for any actor having to go from playing bigger-than-life characters and using voice projection to reach the last row in a theatre to the subtle nuances needed for the detail-capturing camera that often gets very up close and personal to capture a moment.

“It was really exciting,” Clermont said. “It was just so lovely to have an opportunity to do something creative again. We’ve been so fortunate here, we were able to do a play reading last fall and that was fantastic.”

During the pandemic, live entertainment was completely shut down, so those used to taking to any stage were left with no creative outlet.

“Everybody’s just been head down doing their job or trying to get by doing what they can and you kind of feel that something’s missing,” Clermont said. “For many of the people that I hang out with, what's missing is being on stage and performing and being creative and learning about acting and being characters.”

So when she was able to get back to acting, it was definitely an ahhhhhh! moment, she described in a lilting singsong voice.

Clermont is a big fan of Blumer’s and watches his shows all the time on the Food Network.

“So when I met him I really felt like I already knew him in some sense,” Clermont laughed.

Her character Julia lives with Blumer's character Bill in the movie and without giving too much away their part of the movie was filmed in a lovely home, she hinted.

“We did some outdoor dinner stuff and kitchen stuff, of course, with Bob’s background and there’s a whole cooking component to the movie,” she said.

The two main characters and Blumer were the only people with which she interacted during her time on set.

“That’s what’s different about doing a movie,” Clermont said. “Doing a play you may not have a scene with someone but they’re always around because a play is done in real time and has to be done in about two hours. So you always see them around. In a movie if you’re not in a scene with someone you never cross paths.”

By contrast, the film actors are so close to the production team and that’s also a big difference from stage to screen.

“During the filming of a movie you’re surrounded by all these amazing people,” Clermont said. “And again polar opposite to when you’re on stage and you don’t see the crew at all.”

While on set, there is the director and camera people, the lighting and sound boom people, hair and make up people, assistants, and even continuity monitors.

“It was a great learning experience,” Clermont said. “I was just blown away by how I was welcomed onto the set. The warmth and the welcoming nature when I arrived and I immediately felt enveloped into this little family and even thought they’ve been doing their thing for weeks before I showed up they bring you right in and so you have that comfort of knowing that they’ve got you.”

Clermont said she was sad when she was done and she's hoping there’s more to come.

“I just want people to be proud,” she said. “Judy (Russell) elicits that from people. We want to do her justice and we want her to feel proud of us all. Wendy Ord the director inspires people with that same thing. She’s got this amazing warmth and kindness that I was just blown away by.”

For her personally, Clermont has definitely caught the movie bug after her experience on the Barker Street Cinema set.

“I would be interested in even helping behind-the-scenes,” she said. “Just to see how that process worked, I think I am pretty good with continuity - I think that I’d always be making sure that half glass of water was just right. It was so great and if I’m blessed enough to do more I’d love it.”

The movie is a romantic comedy set mainly in a farmers’ market and during a classic car rally in a northern town.