Arts-based community development is what Omineca Arts Centre strives to provide in Prince George. The volunteer-run facility at 369 Victoria St. is looking to raise funds for its operating costs to survive the rest of the pandemic.
Apr 29, 2021 6:17 AM By: Christine Dalgleish 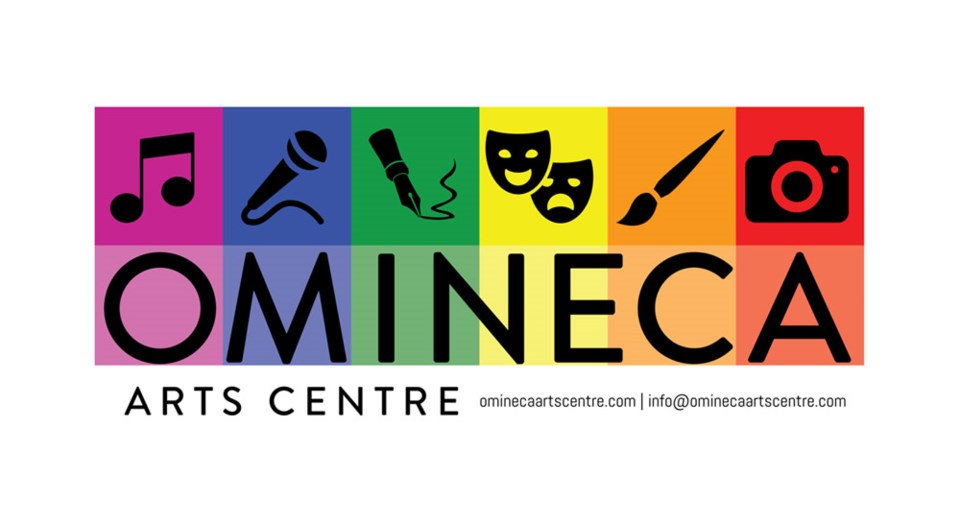 The volunteer-run facility at 369 Victoria St. is looking to raise funds for its operating costs to survive the rest of the pandemic. Always looking to their live showcases to raise funds in the past, that avenue came to a dead end when COVID-19 crashed into humanity.

Now the downtown community arts centre is reaching out to offer those in the Omineca Region several ways to support their efforts.

Off the Rails Late Night Show takes place Friday from 7 to 10 p.m. It is a by-donation virtual event while an online art auction will continue from now until Saturday on Omineca's Facebook page.

During the showcase, comedians and musicians will perform.

"We've rolled a bunch of fundraising opportunities into one," Kate Ames, a board member of the Omineca Arts Centre, said. "So on the 30th it's going to be a late night talk show style comedy show with five comics and we'll feature about 10 local musicians and we've got about 10 door prizes and 50/50 tickets as well."

During the Friday main event there are two comedians that will Zoom in, Ames said.

Headliners are Dino Archie and Justin Nichol who have appeared on Jimmy Kimmel Live, Just for Laughs and Comedy Central.

So this will be Gypsy Entertainment's Off the Rails Comedy Show premiere, Ames added.

Off the Rails Comedy troupe, who are starting their own YouTube channel in May, stepped up to do a virtual show.

"We've got a new band called Cold South performing," Ames said. "This is their debut performance and they were born out of the pandemic."

Charcoal Heather and Patchwork PG and Danny Bell and His Disappointments are local bands who will also perform and solo artists include Nathan Kelly, Susan Phillips and Genevieve Jade.

Artists contributing to the online auction include photographer Darren Rigo, painters Dianne Richier, Andrea Fredeen and Mo Hamilton, along with many others from the region.

The online auction features art that is on exhibit right now at the Omineca Arts Centre so people can go see the pieces in the auction in person if they wish, Ames added.

"We're just really trying to keep the doors open," Ames said. "The pandemic has been tough and we're at the bottom of the bank account and this is our big push to try to make it through."

Omineca is applying for lots of grants but those are more for programming and development not rent and utilities.

"So we're struggling a bit but we have a lot of really amazing volunteers who are really pushing for us to continue and truly believe we are a vital part of the community as any community arts centre is," Ames said, who is owner operator of Ames Design Studio and volunteers her services to Omineca Arts Centre.

"I am an artist myself and this is where my passions lie so I would hate to see this space go."

Ames said even though they've been around since 2016 and took over the space they are at now in 2018, people still don't know they exist.

"So we've been working with Downtown PG and accessed grants to do some signage and some beautification on the outside," Ames said.

And then she put the numbers 369 in the window because the building doesn't have the address on it.

"It's an obvious problem so let's solve it," Ames laughed. "Soon there's going to be some really cool signage on the overhang and a dangly in the walkway."

Right now there's a sandwich board to point people in the right direction.

There are other ways people can help the cause. Support can come by way of donating bottle returns at the Nechako Bottle Depot to account 683 or jumping on the GoFundMe page to donate cash or buy a T-shirt and there's also door prizes and 50/50 raffle tickets for purchase as well.