Local concert is For the People

A collection of local musicians has announced a collaboration concert unlike any in recent memory on Lheidli T'enneh territory.
Feb 17, 2018 11:30 AM By: Frank Peebles 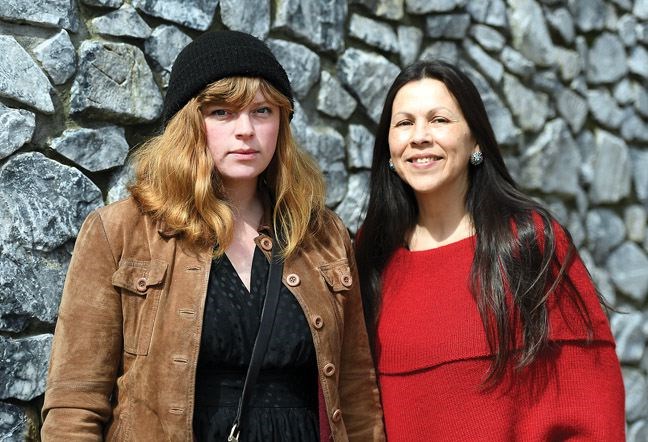 Naomi Kavka, left, and Kym Gouchie joined forces last year for an album. This year they are coming together with a number of other artists for a concert called For the People on March 16.Citizen file photo

A collection of local musicians has announced a collaboration concert unlike any in recent memory on Lheidli T'enneh territory.

The show is working under the title For The People and it will come to life in the soft-seater setting of the Prince George Playhouse. In-house eyes and ears will be pleased in person but cameras will also roll for nationwide audiences.

The headline act will be Kym Gouchie and her band Northern Sky comprised of a stellar assembly of northern B.C. performers who all have established reps of their own: Naomi Kavka, Danny Bell, Jeremy Pahl, Amy Blanding, and Corbin Spensley. Each is busy with solo and band projects of their own, but for Gouchie they are united.

Joining in as support acts are Marcel Gagnon and Saltwater Hank, both with their own national profiles to offer the event.

"This performance will be filmed and made into a live concert documentary film featuring 30-45 minutes of original music and exclusive interview content," said Danny Bell and Britt Meierhofer, who are helping organize the festivities. "Intended to be recorded in the same style as the legendary Live At Massey Hall series of recordings, this concert film will be a one-of-a-kind project not yet completed by any artist in Prince George."

"This all-star lineup has been developing a sound with Kym that is both large and graceful," said Meierhofer and Bell. "Five-part harmonies, strings, and thumping drums provide a beautiful soundscape behind Kym's powerful voice and message."

Although not all the performers in this musical menagerie are Aboriginal, the three spotlighted lead acts are: Gouchie, Gagnon and Hank.

"A celebration of three local Indigenous artists with nation-wide reach, this event is sure to bring the community together for an evening that won't soon be forgotten," the organizers said. "It is a true labour of love that will bring our community together for a spectacular evening of live music, and will likely see an audience across Canada and beyond upon its completion."

Tickets are available online at www.centralinteriortickets.com. They can be purchased in person at the Central Interior Tickets box office on Opie Crescent or at Handsome Cabin Boy Tattoo (1616 20 Ave).