US official says UN has 'lack of curiosity' on Xinjiang 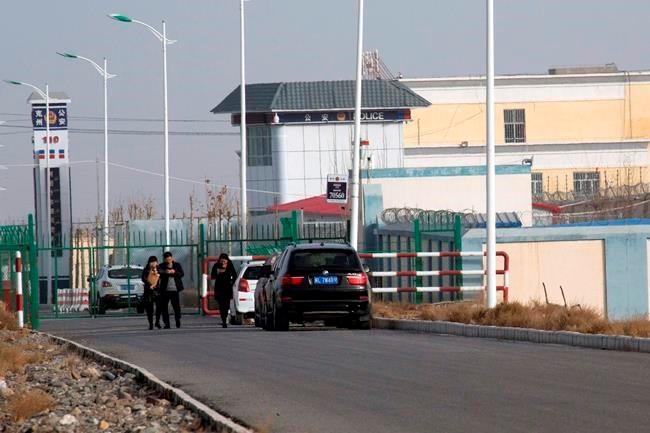 BEIJING — The United Nations is not doing enough to investigate reported abuses in China’s Xinjiang region against members of Muslim minority groups, the U.S. envoy for women’s issues said Thursday.

“It’s really remarkable to me as someone who used to work at the U.N. the complete lack of curiosity or concern we see from the U.N. on what are really grave allegations and very widespread and quite disturbing human rights abuses,” said Currie, who also serves as the U.S. representative at the United Nations Commission on the Status of Women.

The U.N. is “failing to speak out about the situation in Xinjiang, failing to demand access in a meaningful way and to investigate these very serious and credible allegations,” Currie told reporters on a media call.

The Associated Press has previously reported that China has been carrying out a draconian campaign to cut birth rates among its Uighur Muslim population by forced sterilization and compulsory family planning practices.

The Trump Administration withdrew the U.S. from the U.N. Human Rights Council in 2018, citing what it said was a bias against Israel and the human rights track records of member countries. China was reelected to the council earlier in October in a move condemned by major democratic nations and human rights groups.

Pointing to what it says are ongoing abuses, the U.S. has in recent months issues a series of sanctions against actors in Xinjiang, including senior officials and the Xinjiang Production and Construction Corps that operates as a government-within-a government within the resource-rich region.

On Tuesday, a group of U.S. senators introduced a resolution to call what is happening in Xinjiang genocide.

China has maintained that there are no human rights abuses in Xinjiang, denouncing reports to the contrary as fabrications. Critics say China has detained more than 1 million Uighurs, Khazaks and members of other Muslim groups under prison-like conditions in political indoctrination across the vast region.

China at first denied the existence of the , but now says they are intended to teach job skills and deradicalize potential terrorists and religious extremists.

“The so-called 'genocide' in Xinjiang is a deliberately concocted by some anti-China forces and a farce to slander China,” foreign ministry spokesman Zhao Lijian said on Wednesday.