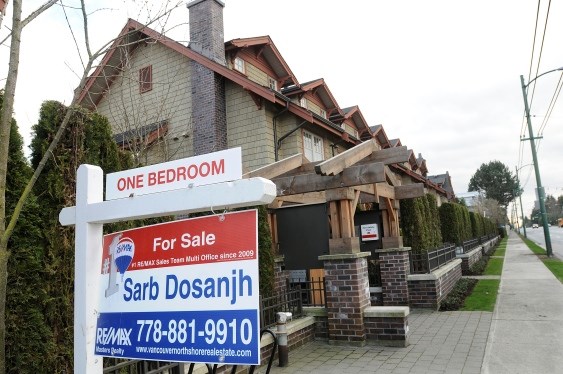 
Metro Vancouver’s residential real estate market recovery that started this summer has continued well into the fall, and even exceeded expectations, if the latest board statistics are anything to go by.

Home sales in the region totalled a healthy 2,498 units last month, a jump of 55.3 per cent compared with the subdued activity of November 2018, the Real Estate Board of Greater Vancouver (REBGV) reported December 3.

Last month’s sales total is 12.6 per cent less than in October this year, as the market starts to wind down for winter, but it is an even higher year-over-year increase than October’s 45.4 per cent.

The November figure is also four per cent higher than the 10-year average number of sales for the month (see interactive graph).

“We started to see more home buyer confidence in the summer and this trend continues today,” said Ashley Smith, REBGV president. “It’ll be important to watch home listing levels over the next few months to see if supply can stay in line with home buyer demand.”

Listings are a key indicator of housing market health, especially when compared with sales figures. As demand for homes is increasing, listings are on the decline in Metro Vancouver, with 10,770 homes available as of the end of November, an annual and monthly decrease of about 12 per cent. This is due to both increased absorption and a reduction of the number of homes newly listed for sale in November, which was down 26.7 per cent from October and 13.7 per cent compared with November 2018.

Price trends are lagging sales activity, but seem to have halted their decline over the past few months. The composite benchmark price for all residential properties in Metro Vancouver is currently $993,700, which is 4.6 per cent decrease from November 2018, but an increase over both September and October of this year.

Sales and prices by property type

There were 825 detached home sales in Metro Vancouver in November, which is a leap of just shy of 60 per cent compared with the same month last year.

The detached market varies widely between different areas of the REBGV jurisdiction however, with Squamish and Whistler both seeing year-over-year increases in the price of a detached home, up 3.6 and 4.5 per cent respectively.

Sales of attached home such as townhouses and duplexes across the Metro region also rose 59.9 per cent year over year, to 451 transactions in November.

As with detached homes, Squamish and Whistler were the two MLS areas to see annual jumps in the price of attached units, while Ladner and Tsawwassen continued to post the biggest year-over-year price declines.

Proving themselves the hottest real estate markets, Squamish and Whistler made it a hat-trick by also posting the biggest annual price jumps in the condo sector. Coquitlam was the only other area to see a year-over-year condo price increase, albeit of only 0.2 per cent.

A similar combination of rising buyer activity and falling home inventory in November is shoring up Fraser Valley’s real estate market, and even leading to multiple-offer situations, according to the Fraser Valley Real Estate Board (FVREB) in its December 3 report.

FVREB reported 1,405 sales of all property types (both residential and commercial) on its Multiple Listing Service in November, a 36.7 per cent increase compared with the 1,028 sales in November 2018.

Darin Germyn, FVREB president, said, “Some listings are seeing a lot of activity depending on location and property type. Realtors are reporting more showings, higher traffic at open houses and even some multiple-offer situations, which is atypical for the time of year.

“For our region, a balanced market is when 12 to 20 per cent of active inventory is selling. In November, 33 per cent of our supply of townhomes sold, as did 29 per cent of Fraser Valley condos; indicating that the supply of attached properties isn’t keeping up with demand.”

Benchmark home prices in the Valley also lagged the upward trend seen in sales, but like Metro Vancouver, their decline may have stalled. All three home types were cited as seeing November benchmark prices virtually flat with the previous month.

At $952,200, the benchmark price for a single-family detached home in the Fraser Valley remained unchanged compared with October 2019 and decreased 2.5 per cent compared to November 2018.