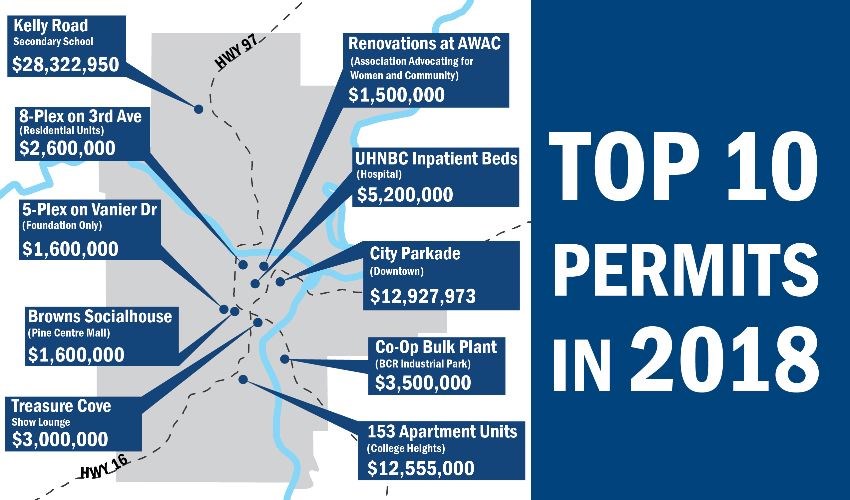 With the year still far from over, the value of building permits issued by city hall has set a record.

At $135.17 million, the amount represented by private-sector investment has also set a record, surpassing the previous high of $121.6 million set in 2016. It also accounts for nearly 80 per cent of the value of all permits issued so far this year.

And at $100.3 million, residential building permit values have also set a new record at

"The value of building permits is a key measure of economic progress," Mayor Lyn Hall said. "This number suggests a great increase in construction activity and related employment, as well as other direct and indirect economic benefits."

427 building permits have been issued so far this year.

Also, downtown vacancy rates at an eight year low according to a recent study by the city.

By contrast, over the same time period (since 2011), there has been an 8.59 percent increase in total floor area - to 220,339 square metres - available for retail, service, and office use as a result of new construction downtown.

The full study is posted on the city website.