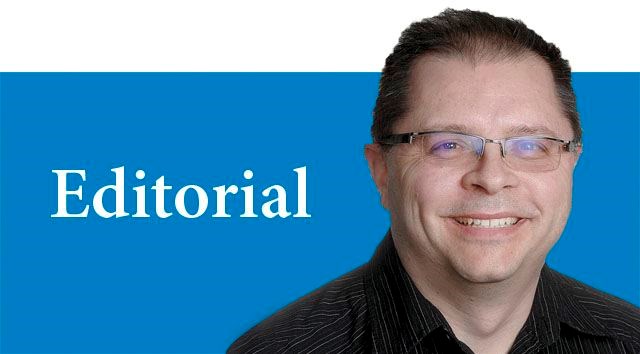 At 1030 p.m. Thursday night, 1:30 in the morning in Washington, Arizona senator John McCain cast his vote.

The 82-year-old Republican, recently diagnosed with brain cancer and still recovering from surgery earlier this week, the stitches around his left eye clearly visible, voted against all but two other members of his own party in the latest effort to repeal the Affordable Care Act, more commonly known as Obamacare.

McCain's very presence, along with his rebellious vote, were principled acts of personal and political courage, hardly surprising from a man who survived years as a prisoner of war in North Vietnam and then returned home to dedicate the rest of his life to public service.

Just 12 hours later, B.C. Liberal leader and former premier Christy Clark announced her resignation as party leader and MLA for Westide-Kelowna. Although she won the most seats in the legislature in the May election, she didn't have a majority of seats. The NDP and Greens formed an alliance that gave them a majority of just one seat, leading to Clark's defeat in the legislature and the appointment of NDP leader John Horgan as premier.

On the surface, it looks like Clark is quitting because she's a sore loser who sees the hard work of holding Horgan's fragile government to account as beneath her. While McCain looks like the relentless warrior, Clark looks like the convenient fighter, throwing in the towel after a battle is lost.

Except that's not true.

Clark's decision Friday is as brave and selfless as McCain's actions the night before.

She ran a terrible campaign this past spring, the mirror opposite of her brilliant 2013 victory.

Four years ago, voters rewarded her hustle and confidence.

This year, she offered arrogance and laziness on the campaign trail, a half-hearted effort made because neither she nor her devoted followers could imagine losing to a hothead like Horgan and his lightweight candidates.

After the shocking result May 9 and the recounts were finished two weeks later, she played games. She didn't recall the legislature for another month and then she plagiarized most of the NDP platform for her throne speech. Despite her assurances that she would not ask Lieutenant-Governor Judith Guichon to call another election, she did exactly that after the Liberals lost the confidence vote in the legislature.

Based on her recent words and actions, Clark had thrown principle out the window as part of a desperate, verging on sad and pathetic, effort to cling to power. In that light, the expected move going forward would have been for her to torment Horgan and his new government mercilessly, forcing it to crumble and triggering another election either this fall or early next year, all for another chance to be premier.

Instead, she finally did the principled thing and resigned.

She took responsibility for not delivering a majority - the sole job of the party leader during an election campaign - particularly when the Liberals were loaded with cash, were leading in the polls and boasted the best provincial economy in the country.

To accept that blame must not have been easy. To admit that the B.C. Liberals going forward will be better off without her as leader must have been even more difficult.

The truest signs of leadership, whether it's politics, business or sports, is putting others first, by crediting everyone else for the wins and taking sole responsibility for the loses.

In McCain's case, he brushed aside both his personal health and political allegiances to do what he believes is right.

In Clark's case, she made herself accountable for her failure to return the B.C. Liberals to power.

She sacrificed her future political ambition and goals for the long-term health and vitality of her party. It may have taken her a while to get there but she did the right thing in the end.

In time, after the pain of her loss subsides, she will look back proudly at her many accomplishments while in office. Her final accomplishment, however, was the courage to step down, certainly not when or how she wanted to but when it was the responsible thing to do.