We share this planet with countless other organisms. Some are big and clearly visible, such as other people, elephants, eagles, and even mice. Some are small such as lice, ladybugs, and the fairy fly, which is less than 1 mm in length.
May 5, 2021 8:53 AM By: Todd Whitcombe 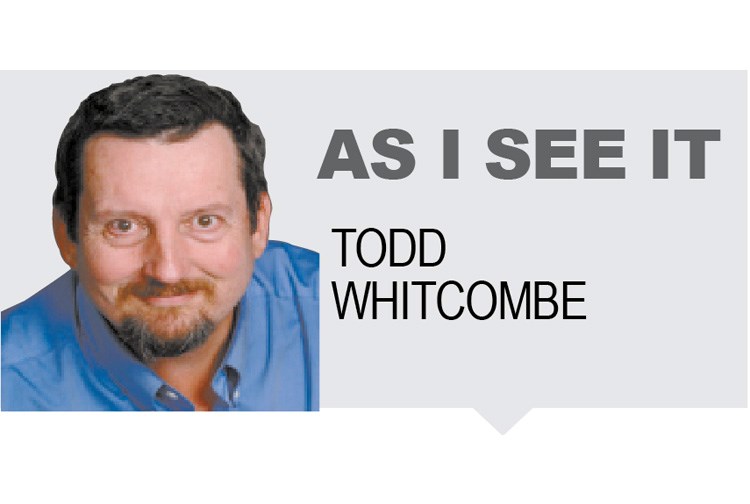 We share this planet with countless other organisms. Some are big and clearly visible, such as other people, elephants, eagles, and even mice. Some are small such as lice, ladybugs, and the fairy fly, which is less than 1 mm in length. But the vast majority are microscopic – bacteria, amoebas, and viruses.

And in order to survive, all organisms reproduce. They must make new versions of themselves.

There is a debate amongst scientists as to whether or not we should include viruses under the category of “living organisms.” It cannot reproduce without a target. It doesn’t eat or secrete. It is not mobile. A virus is about as simple an organism as you can get. It is essentially a shell containing RNA or DNA code which, when injected into another cell, takes over the machinery of the host organism and forces it to produce more copies of the virus.

And it really doesn’t care about the organism it infects. Indeed, some viruses are actually beneficial to human beings as they infect bacteria and help to control some of the nastier infectious organisms out there.

COVID-19 is a tiny ball of RNA wrapped up in a protein shell covered with spikes. It can be seen using an electron microscope but it is way too small to be seen with the naked eye. And it is very effective at doing what viruses do.

The trick to being a “good virus” is to infect your host without killing it.

Given that more than 3.2million people have died worldwide from the virus, it might seem a little inappropriate to make such a statement but killing a host is not what a successful virus does because then it will not be transmitted on to the next host.

Our physiology, though, is such that when we respond to the virus, our cells can get damaged. For a healthy adult, the result might be aches, pains, chills, fever, or other symptoms but generally, if the virus is not too virulent, people survive. With COVID-19, the survival rate for those who have tested positive for the virus averages around 97 per cent, ranging from 92 per cent to 98 per cent, depending upon the variant.

Most people survive the disease. But not everyone. And not everyone who is infected displays symptoms, either. People have tested positive with no or mild symptoms. Just because you don’t feel well doesn’t mean you can’t be passing it on to someone else.

Alberta is much worse shape with one in every 21 people infected and more than 2,100 deaths. The death rate is climbing due to the recent wave of infections. It is typically somewhere around two weeks after a wave of infection that the number of fatalities increases.

I mention all of this because it is a real epidemic hitting our country and the world hard. It is a “successful virus” as it makes people sick while only killing a small percentage – roughly 2.8 per cent of its hosts. Any more and the epidemic burns itself out.

And yet, there are many people who claim COVID-19 is a hoax. After all, they don’t know anyone who has died. They haven’t got any friends who are sick. It is some form of “government police state lock down” or something like that, they say.

Admittedly, the number of people claiming COVID-19 doesn’t exist or there isn’t really a pandemic in Prince George is relatively small. But it is large enough to have generated a rally complete with placards and signs declaring “Canada is not a police state” and “Wearing a mask is un-Canadian.”

I came across such a rally last week as I was driving past the CN Centre. A crowd of perhaps 150 individuals were standing on the side of the road, making a lot of noise. And no one I saw in the crowd was wearing a mask.

Chances are some of those attending are carrying the virus. They might have been asymptomatic or maybe they didn’t think their achy fever-y feeling had anything to do with the disease. Or maybe they thought because the rally was outside, they couldn’t catch or transmit the disease.

But the facts are the facts. The disease exists in this town. And people are getting sick and dying. You might not know anyone personally but that doesn’t mean it isn’t happening.

So get vaccinated and wear a mask. Do it for the loved ones you would miss if they succumbed to this virus.