An open letter to Andrew Wilkinson: Greetings. What follows are a series of admonitions and exhortations.
Oct 7, 2020 6:42 AM By: Nathan Giede 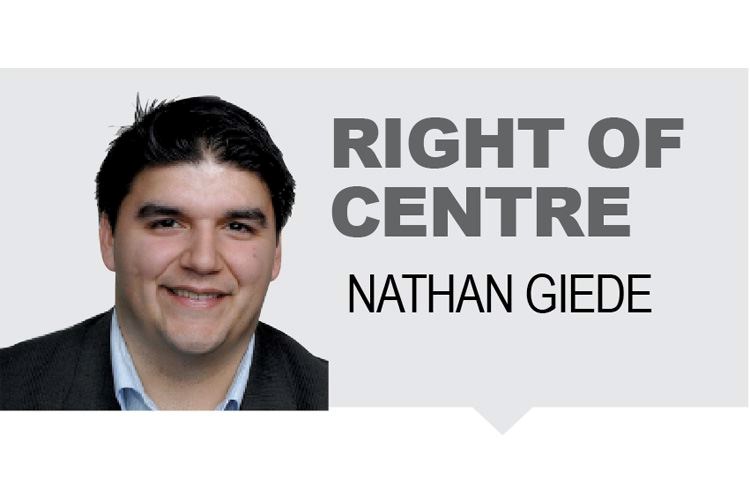 An open letter to Andrew Wilkinson:

Greetings. What follows are a series of admonitions and exhortations. They need to be said out loud and in public to ensure that if you don’t read them, someone brings them to your attention; even if that doesn’t occur, with people making like pet ostriches of a naked emperor, my conscience demands I bear witness to the truth. Bonus: I get to say “I told you so” later.

Let’s be clear about something from the start: I don’t like you and I remain skeptical to actively hostile towards the “free enterprise party” you lead. I’m not going to bother with a litany of grievances and policy differences proving your side’s ineptitude versus my brilliance. To save time, we’ll agree to disagree on everything but one point: you are the loyal opposition leader of the third most important province in this country - you had better bloody well start acting like it.

Please save your shock till the end - it is important to state for the record that there are no more secrets after the internet. Everyone knows you’re handing out the banal “A Thousand Small Sanities” and about as exciting as cold kippers when using a podium. It is also no secret that your party, largely due to its total lack of principles, has empty coffers at headquarters, and that even veteran staff members are being asked to take holidays or unpaid leave to campaign.

Indeed, from the pathetic quality of your social media game and the spurious reasoning of COVID explaining the lack of offices, to the fact veteran campaigners from out of province are rebuilding the most basic infrastructure by hand, the amount going wrong already in this writ period suggests the B.C. NDP could achieve a super majority. My vitriol for your party aside, can we not agree that this would be the worst possible outcome for British Columbia and Canada?

Regardless of the preparedness of your political party, you owe the citizens of this province a strong campaign. If there really isn’t enough money to wage a proper war for the other half of B.C., you need to honestly appeal to the voters, asking for small donations and volunteers to set The Most Beautiful Place on Earth back on course. Thus, you may have to exhibit some humility, Mr. Medical Doctor/Queen’s Councilor.

I also strongly suggest that you come clean about your background. As an immigrant, you have a story that could appeal to many voters who are currently on the fence. As a man who put himself through two professional degrees, you can sound notes of hope to many who are dismayed by the economic conditions of COVID. Finally, your experience with civil liberties ought to be a source of strength, as freedom of expression has been squeezed in our tribunals.

We all know you’re not a populist or a preacher with a bully pulpit. Be honest and instead have candid stills or short video ads that show personal conversations. Ironically, a man down south I doubt you have sympathy for has gained a great deal of popularity by being one of the only candidates in history that doesn’t change his accent or costume at every whistle stop. You can take up tropes that suit you much better: don’t try to beat your opponents at their own game.

Lastly, the governing party is vulnerable on several counts, from their handling of COVID to their poorly thought out recovery plan. Don’t listen to pollsters - they haven’t been right since 2016; criticize the government strongly, offer bold solutions to these “unprecedented times,” and capitalize on the fact that the pandemic response was authored when you were in government - the parts that worked anyways. There are dozens more weaknesses to exploit, so use them.

There is very little hope that you and your party will achieve government. Even if you do, I’ll still be one of your greatest detractors. But as it stands, the people of BC are waiting for you, the opposition, to act. Do you want your epitaph to be “he folded” or “he fought the good fight?”