While the cherry trees were blooming in the provincial capital this week, Premier Christy Clark reminded the crowd at a party fundraiser how she's had to endure some cold weather visiting other parts of the province.
Feb 13, 2015 8:50 AM By: Vaughn Palmer 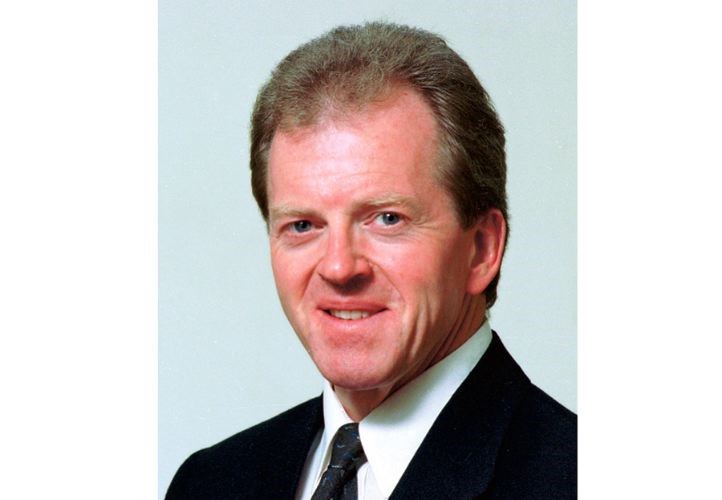 While the cherry trees were blooming in the provincial capital this week, Premier Christy Clark reminded the crowd at a party fundraiser how she's had to endure some cold weather visiting other parts of the province.

How cold was it, premier?

"So cold that I saw a New Democrat with his hands in his own pockets."

Yes, live from the Victoria Conference Centre, it's Premier Stand-up.

Anybody here listen to CBC Radio? "Put your hands up, don't be embarrassed, I do when I'm in the car."

So the other day she's listening and she hears a promotion for something called "the Irrelevant Show."

"They've gone too far," she fumed, purporting not to realize that it was the name of a hit comedy show. "Using my tax dollars for an entire hour on John Horgan."

Say, did you hear that the provincial museum is preparing a new show dedicated to the 1858 gold rush in the Fraser Canyon?

Yes, it'll be installed right opposite the gallery with the dinosaur -- "the Horgan-o-saurus -- another species that failed to evolve and adapt over the years."

She's got a million of 'em.

Her Liberals have been trying to factor the workload for the 30 or so New Democratic Party MLAs. Four question periods a week, each 30 minutes long. A few minutes work a week apiece, allowing for answer time, Clark reckons.

Less than that if you aren't one of John Horgan's stars, she continues, riffing on the NDP leader's ill-advised reference in an end-of-last-year interview to the five MLAs who were performing the best, in his estimation.

All those media complaints about the boring throne speech?

Not her job to help reporters come up with a news story, she says, baiting the news media as effectively as she does her political opponents.

Besides, she tells the crowd at the fundraiser, boring works when it comes to managing public finances.

Think of all the things that would be exciting: "like a train wreck."

Neither is it her job to come up with that kind of excitement. You want a train wreck, "just look at the NDP."

The partisan crowd ate it up, as one would expect. But party leader Clark has been playing the New Democrats for laughs in public speeches as well.

In an address delivered as premier to the annual convention of the Truck Loggers Association last month, Clark delivered a comic set piece, beginning with a less-than-flattering reference to her son, Hamish.

"My son is 13, and when you look at a 13-year-old, a teenager, generally, I don't know about you, but the first thing that comes to my mind is lazy. Recently ... I said to him: 'Hey, listen. You spilled that water on the couch. Can you clean it up, please?' He looked at me, and he went: 'You know, Mum, I'm pretty sure that that water is going to dry on its own.' I have this fear -- which other parents tell me he'll get over it -- that he's just too lazy. He's got to learn a work ethic."

At this point, you might be thinking if mom keeps talking this way in public, poor Hamish is going to need a therapist. But that was just the set-up.

"Somebody said to me, look, you know, here's the thing: Your son is a teenager and it's just a natural thing for teenagers not to really have that get-up-and-go. Lots of times they're lazy. But you know, it's okay now."

Ready for the punchline?

"When your son is 31 years old and he's still sitting on the couch and he's asking you to clean up after him and he doesn't want to get up and do anything, and he doesn't have any ambition for the future, and he just really, really doesn't have any expectations for himself. ... By the time he's 31 years old, if he's still doing that, he is no longer a teenager. He's a New Democrat."

The joke worked so well that she repeated it the following week to the Association for Mineral Exploration B.C., changing only the laugh line: "When he's 31 years old and he's still doing that, he is not a teenager anymore; he's a socialist."

"I can't probe the mind of the premier any better than you can," the NDP leader told reporters when the comment was relayed to him. "But I can say that it's certainly disrespectful to 31-year-olds and it is also disconnected with the reality of our time. More and more children are having to go home because they can't find the opportunities that their parents could find."

Lame, when the premier's whole objective is to provoke a laugh from her supporters and a defensive reaction from her opponent.

Horgan played it better this week, when he dismissed the throne speech with a one-liner -- "that was a half-hour that none of us will ever get back" -- followed by the more serious and to the point: "People in B.C. are saying, I'm sure, 'Goodness me, didn't we just elect these people? Do they not have any ideas that are important to us?' "

As a new leader, Horgan is struggling to counter Clark's turn-on-a-dime ability to do witty, visionary, and partisan in almost the same breath. Naturally, he'll draw on advisers, researchers and colleagues alike. He may also need the services of a good joke writer, given the way she plays the game.