Israel not the bad guy

Despite the libelous slur that it is a product of colonialism, Israel is in fact the absolute opposite.
Jun 5, 2021 5:30 AM By: Robert Walker 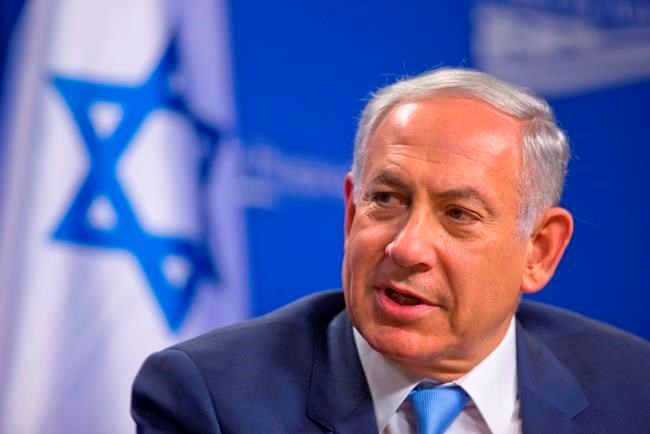 It’s no secret that the Israeli-Palestinian conflict creates tensions here in Canada. As a result of the recent violence in the Middle East, Jews have been attacked in the streets of some of Canada’s biggest cities, anti-Israel provocateurs have driven through predominantly Jewish neighbourhoods in Toronto and Montreal, harassing and attacking Jewish residents, and social media has been filled in recent weeks with appalling antisemitic imagery.

This heightened tension is precisely the reason why, when discussing the Israeli-Palestinian conflict, we must rely on the facts, and not let any other competing ideologies stand in the way of the truth.

Unfortunately, in reading two recent op-eds in the Prince George Citizen, “The tragedy of Israeli colonialism,” by Anna May, and “Time to unite Israel and Palestine,” by Gerry Chidiac, there were a number of misleading statements, and even outright falsehoods.

In May’s column, she attempts to portray Israel as one of the last vestiges of colonialism in the modern world, writing “one (side) is rooted in colonialism and the other is contending against being colonized, as they have done for decades.”

But this is simply preposterous. Despite the libelous slur that it is a product of colonialism, Israel is in fact the absolute opposite. Israel was, until 1948, under the control of the United Kingdom, and it was only just over 73 years ago that the Jewish State achieved its long-sought after independence. The Jewish People are not, as May suggests, a Johnny come lately to the Middle East, but in fact are very much indigenous to the region. The Jewish People speak Hebrew, as their ancestors did more than three thousand years ago. Archaeological digs frequently find ancient coins and other artifacts with Hebrew writing and other Jewish symbols such as menorahs. The Jewish People are not latecomers or foreign occupiers; they have been living in their homeland for thousands of years, though it was only in 1948 that they achieved self-determination in their eternal homeland.

But it’s more than inaccurate to portray Jews as colonialist occupiers; it’s defamatory and offensive. For centuries, Jews have been persecuted and were told to “go back to your home,” and once they did that, they were told that in fact, they had no right to be there either.

May attempts to bolster her point by admiringly sharing a quote by Ghassan Kanafani, who she acknowledges is a “leading member” of the Popular Front for the Liberation of Palestine (PFLP). But she omits that the PFLP is a recognized terrorist group in Canada, the United States and in the European Union (EU). It is a group that has purposefully murdered innocent Israeli civilians. If May finds support for her ideological position from a terrorist group, it calls into deep suspicion whether her position is a morally defensible one at all.

The Jewish People, thus, are not colonialists at all, but one of modern history’s best and most inspiring examples of an indigenous people throwing off the yoke of their colonial, British, occupiers, and to suggest the exact opposite, as May does, is to re-write history, plain and simple.

Gerry Chidiac’s column is also problematic for the following reasons. Chidiac writes, without any supporting evidence, that “Palestinians have continued to be forced from their homes, and despite the fact that they do not have equal rights, even if they are Israeli citizens.” Presumably he is referring to a group of Palestinian families in eastern Jerusalem, who have refused for decades to pay rent to their legal landlord, and who they even acknowledged as such in 1982. But such misinformation is unfortunately a microcosm of the Israeli-Palestinian conflict in general: Israel has legal title to the land stretching back more than 100 years, in addition to millenia of proven, uninterrupted inhabitation of the land, but these facts are widely ignored in many corners today, because they do not fit the convenient and ideological agenda of Israel being “the bad guy.”

To his credit, Chidiac ends his oped on a hopeful note that Israelis and Palestinians will soon share a peaceful future together, and I share his hope and thank him for the free publicity of HonestReporting Canada’s continued efforts. But if that hope is to become reality, it’s time to acknowledge the basic, incontrovertible facts that there are two peoples, Israeli and Palestinian, sharing a small sliver of land. Neither are going anywhere, but the more that commentators such as Anna May attempt to strip one of those peoples, Jews, of their legitimate connection to the land, peace will continue to be elusive.