In time, Clark's legacy will be appreciated

After the double debacle of the last few months, Christy Clark faced an uphill fight to be taken seriously as a candidate to return to the office of premier of B.C. She blew the B.C. Liberal majority in the May election.
Jul 28, 2017 11:14 PM By: Vaughn Palmer 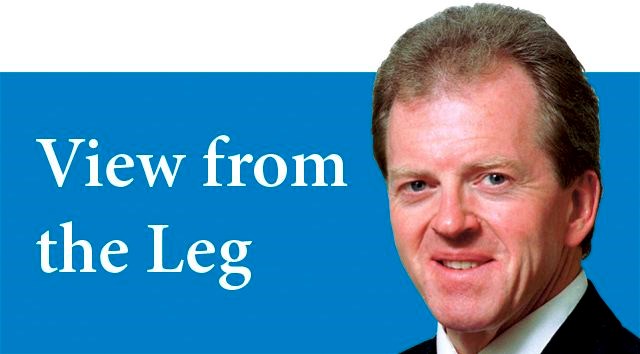 After the double debacle of the last few months, Christy Clark faced an uphill fight to be taken seriously as a candidate to return to the office of premier of B.C.

She blew the B.C. Liberal majority in the May election.

Then she fell short in a clumsy scheme to persuade Lt.-Gov. Judith Guichon to order a second election.

Not many premiers, once driven from office, are given a second shot at the top job, here or anywhere else. Clark was not likely to break the pattern, pulling those twin baggage trains of failure behind her.

Still, I thought she might stick with the job of leader of the Opposition through the fall in anticipation that the NDP-Green alliance would falter.

After all, in her last meeting with Guichon on June 29, Clark by her own admission, advised the viceregal representative that the alliance was not working and she should therefore be granted a dissolution and another election.

If she believed it - if the advice were sincere - then surely she would be sticking around for a few months to see if her assessment would be borne out.

Instead, Clark went into a meeting of the caucus of B.C. Liberal MLAs in Penticton on Friday and announced her intention to resign forthwith. Ten days into the life of the supposedly flimsy new regime and already the leader of the Opposition was throwing in the towel.

Her departure as leader, effective next Friday, caught many of the B.C. Liberals by surprise, as did Clark's announced intention to resign her seat in the legislature in fairly short order as well.

The latter, when it happens (Clark did not specify a date) would create a vacancy in the house, increasing the NDP's working majority to two and likewise the new government's chances of survival.

B.C. law provides a six-month grace period before a byelection must be scheduled to fill a vacancy in the legislature. The Liberals routinely made maximum use of that delaying provision, as the New Democrats will surely recall and cite as a precedent for doing the same.

Clark's decision to surrender her West Kelowna seat might play into the longer-term interests of the Liberals, now facing only their third leadership convention in 25 years.

For if the party were to go outside the current caucus to choose a new leader, the newcomer could seek to enter the legislature via Clark's vacated seat, presuming the timing was right.

Notwithstanding that the announcement caught the party off guard, it did trigger an immediate round of speculation about succession. Rich Coleman, deputy premier in the last government and one of Clark's biggest fans, agreed to take on the job of interim leader and thus took himself out of the running.

Already in the running, judging by the buzz from their own supporters, were MLAs Andrew Wilkinson from Vancouver and Todd Stone from Kamloops, both cabinet ministers in the last government. Also on the list, second-term MLA and former cabinet minister Mike Bernier from the Peace River country.

Free-wheeling speculation mentioned some newcomers to the political arena, notably rookie MLA Jas Johal from Richmond and Dianne Watts, the former mayor of Surrey, now sitting as a Conservative MP.

But any leadership race comes down to a numbers game and the Liberals have an important wrinkle in that regard.

In order to prevent the outcome from being dominated by the big urban centres, the party constitution imposes a cap of 100 leadership votes for each of the 87 constituencies in the province.

The quota could hypothetically balance the geographical equation in favour of the North or Interior, particularly if the two dozen constituencies in those regions were to combine their voting strength behind a single candidate like Stone or Bernier.

George Abbott from Shuswap pursued that strategy in the last Liberal leadership contest in 2011 and nevertheless finished third, behind Christy Clark from Vancouver and runner-up Kevin Falcon from Surrey.

As for Clark herself, it is worth noting that for all the controversy associated with her time in office, she nevertheless served longer than most premiers in this fractious province.

Her six years and four months of service puts Clark in sixth place among the 33 individuals who served as premier before her.

Once current passions cool, Clark will probably be remembered for leaving the province in relatively better shape economically and fiscally than most Canadian jurisdictions.