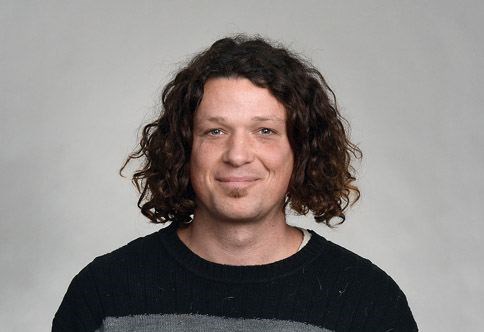 "I can't quit growing or I'll rust up, but I would like to do less, so you better hurry up and grow more", said John Ryser on an unusually warm day in April a week ago.

I had visited John to get some seed potatoes for our farm this year as we are wanting to expand our production in a big way (relatively speaking).

John is known as the potato man in the region. He can often be seen at the farmers' market playing his accordion and selling his endless supply of beautiful potatoes.

I recall when I first met John back in 2010, which was when I had first moved to B.C. from Alaska. I had spotted an older man sitting at a table selling potatoes at the farmers market. Interested in growing potatoes myself I walked over and talked to him about different varieties. What I didn't know was that I was talking to a legend. John's hands were stained with soil and creased with years of hard work that most will never have the pleasure of knowing.

John began potato farming in 1937 on his family farm at a very young age. At John's largest, he was growing 14 acres of spuds, which is small by big industrial standards. John is one of the area's last remaining certified seed potato growers. John has seen varieties come and go over the years as the government would de-certify a variety or come up with a new one.

One potato of distinction John helped get for a man became known as the outlaw potato. This potato was also known as the Cariboo potato.

The Cariboo potato was decertified in 1976 because of its reputation of holding on to the vine which would create issues for mechanization. John told me that it was just as good as any other potato and did well up here. John had also said that there were other potatoes that hung on to the vine as well but the government didn't de-certify. John had given this potato to Jerry LeBourdais. Jerry, an anti-capitalist, commune starting, back to the lander, had thought that this was just the perfect potato and starting promoting it heavily which nearly got him in a bit of trouble.

I've been told by others that John was one hell of a dancer and that he would show up to Pineview dances wearing a two piece suit.

I had showed up to John's farm and couldn't locate him and just as I began to pull out of his driveway I noticed an old potato sack sitting in front of one of his many outbuildings. I opened one door, which led to another and the decrease in temperature told me I had now entered the root storage building. As I opened the second door a blast of cool damp air hit me in the face and a hunched over man wearing tattered clothing that was sown together with stitches made from bailing twine in the fashion only a farmer could appreciate appeared. John's hunched posture and limp made the image of seeing John in a two piece dancing the night away hard to imagine.

While at John's, he had told me a story of a district C farmers' institute meeting. John, being a prize winning potato grower, decided to display some new potatoes for all to see. One potato in particular was extremely dense and drew a lot of attention when John decided to cut it with a hammer. John had cleverly painted a rock to resemble a potato and brought it to the institute. This story has had me chuckling at odd moments of the day since I visited John.

With John's farm now being essentially destroyed by the highway expansion south of town, coupled with his current health, the need for someone to step to the plate is now very apparent.

I have wrote about the projects of the Eaglet Farmers' Institute in mentoring and promoting new farmers to help meet the generational gap in the past. I have failed to honor, though, the farmers who have blazed the trail. The farmers that have shed tears, blood and sweat to make a living and feed the city dwellers of our urban centers should be recognized by all who now live in the region. It was these early farmers, that made it possible for our towns and cities to come to be what they are today.

I have read stories of the early years of the Cariboo gold rush, where potatoes (being a staple for many) were worth nearly as much as the gold that the prospectors were pulling from the ground, as there were no Superstores or Costco box stores at the time importing from the vast reaches of the globe.

This column is for the trail blazers and spud diggers.