Helping others key for Pendergast

When Ken Pendergast moved to Prince George in 1965 from his home in the Kootenays, the pulp mills were just being built. Work was easy to find for a young man recently released from the Royal Canadian Air Force.
Apr 11, 2021 7:48 AM By: Catherine Mills - Focus On Seniors 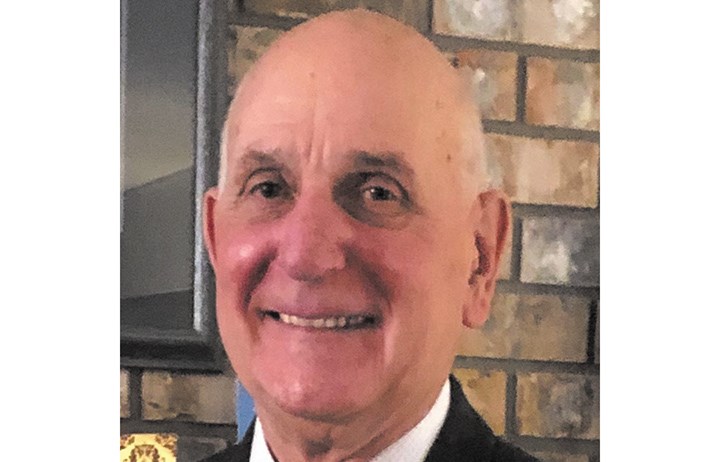 When Ken Pendergast moved to Prince George in 1965 from his home in the Kootenays, the pulp mills were just being built. Work was easy to find for a young man recently released from the Royal Canadian Air Force. He started out driving a logging truck and concrete hauling, then some construction work on the pulp mills and a few different jobs until he started working with the BC Forest Service in 1967.

The job with the BC Forest Service turned into a career, progressing through positions in Prince George, out at Summit Lake and west to Terrace to work as a deputy ranger for three and a half years. A promotion to operations manager took him to Fort St. John in 1981. In 1983, he took on the position of district manager. In 1991, he returned to Prince George to be their district manager. His colleagues in Fort St. John warned him: ‘if you drink from the Peace River, you will always return.’ Ken is adamant that Prince George is home now and he has no intention of returning. The people were great, but he remembers the bitterly cold winters.

“When I returned to Prince George, I was district manager until 1995. I switched to Forest Renewal BC as one of the six regional directors in the province. I worked with them until I retired in 2000.” Ken explained. “Then I went consulting for six or seven years. I worked with the forest sector; value added sector, I held down a position as environmental manager for three years on an offshore pipeline project. We were working on a long pipeline, tying wells together on the eastern shore of Russia to Sakalin Island to transport the oil from the north end of the island to the new facility being built on the south end. The experience was nothing like anything I’d ever taken part in.”

Teaching Russians the realities of constructing a pipeline within the environmental rules and regulations was satisfying, if occasionally frustrating. Having translators all the time helped.

True retirement might have finally arrived but he is still busy. Right after his partner Kelly, Ken loves Rotary. He has been active with the club since 1984 when he was in Fort St John. He has served on the executive in both Fort St. John and Prince George. The Rotary motto is “service above self” and community support is key. It helps when that service is fun and exciting too!

“I participated regularly with the people of Sakalin Island in Rotary. I attended all their meetings. I assisted with the grant applications for projects they wanted to accomplish because of my experience and command of the English language” Ken recalls, proudly, with a smile. “I had three years of experience working with Rotary in Russia and in South Korea, because they were strong advocates and supporters of the people of Sakalin Island.”

Locally, Ken’s Rotary passion is their sponsorship of Operation Red Nose. When it first came to Prince George in 1997, it was sponsored by the UNBC Timberwolves. In 2001 the Nechako Rotary Club took over the sponsorship.

Operation Red Nose uses 300 to 350 volunteers to drive, navigate and take calls. All the funds collected go towards supporting the youth and amateur sports associations that Rotary sponsors. Many of them join the volunteers ensuring people get a safe ride home. Ken says they have a core of volunteers that have been with them since 1997, but new individuals and groups are always welcome. Bear that in mind if you are looking for something to do this year. It did get cancelled in 2020, due to COVID, but this year, fingers crossed, it will go ahead.

Rotary may be Ken’s second love (after Kelly), but it does not fill every hour, so he is also a member of the ATV club, Gyro, ski patrol at Otway, an instructor in first aid for ski patrollers, president of the BC Government Retired Employees Association and a member of the Seniors Liaison Advisory Committee for the Prince George Council of Seniors.

He enjoys his busy life!