This week, I received a very kind email from a reader asking if I could compare different types of electoral systems.
Dec 16, 2016 11:16 PM By: Tracy Summerville 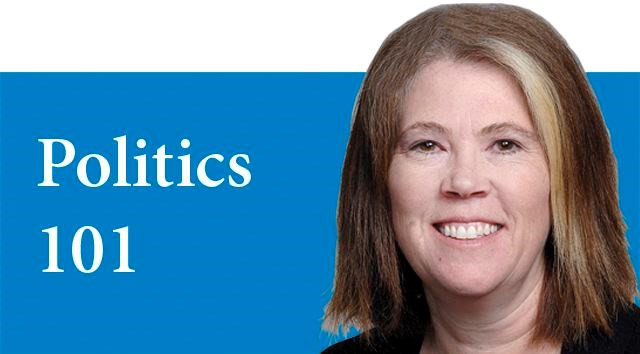 This week, I received a very kind email from a reader asking if I could compare different types of electoral systems. So over the next few columns I will look at the broad types of systems: single-member plurality, majority systems, proportional representation systems, mixed member systems and some of issues they attempt to fix.

As some columnists and readers have pointed out, changing the system itself may not be enough to satisfy the concerns that our politics are too ideological or are not democratic enough or are disconnected from constituents.

If electoral change is to have impact we may want to have a larger discussion about the possible changes to the political culture and to political institutions that would have to go hand-in-hand with making substantive changes to our system.

When people say that they want the electoral system to be more representative, we have to ask the question: "representative of what?"

And the representatives themselves can also represent us in different ways.

They can use their personal judgment, they can follow party platforms, they can represent constituency interests and there can be a combination of these approaches.

I have turned to my textbook, An Introduction to Government and Politics by Mark O. Dickerson, Thomas Flanagan and Brenda O'Neill to help me explain the different systems.

So the first type of system is single-member-plurality. This is the system we have currently both nationally and provincially. Simply stated, the country (or province) is divided into constituencies and in each constituency one person per party (or independents) can run in an election. Generally, the party candidate is chosen by riding associations.

The winner in each riding needs only a plurality (the most) votes to win the riding. When there are only two parties the SMP works well but when there are multiple parties a candidate can win the seat with much less than 50 per cent of the vote.

Moreover, parties often end up with many more or less seats in the house or legislature than is proportionate to their overall vote percentage.

The second broad type of system is the majority system, which also elects one person per constituency. The difference is that a candidate must win with more than 50 per cent of the vote. There are a number of ways to achieve this outcome. There is the majority-runoff which requires two election dates. On the first date, all of the candidates run and the voters vote as they do in our current system. If no one wins a majority then, on the second date, the voters choose between the two top candidates from the first election.

Another model is called the majority-plurality system, which is exactly the same as the majority run-off except that the candidates on the ballot will have to have met a threshold number in the first election in order to appear on the ballot in the second election (let's say, for example, they would have had to have received at least 15 per cent of the vote in the first round). In this case, on the second round of voting, the winner does not need to reach 50 per cent of the votes. The winner can win with a plurality but they would have been chosen from among fewer candidates.

The last method in this category is the alternative (or preferential) voting system. This system is similar to the run-off but, instead of a second election date, voters rank the candidates: first choice, second choice, third choice, etc.

Then after the first count, if no candidate receives 50 per cent, then the candidate with the fewest votes would be removed from the running and the second choices of those voters would be added to the other candidates' vote total. This process is repeated until a candidate receives the required majority.

The majority systems can fix the perception that votes are wasted and they also allow constituents to choose their second place and third place candidates/parties.

In my next column I will talk about the other broad systems.