Dancing is writing on your feet

To anyone who has ever been moved by a beautiful dance performance, or experienced the joy of spontaneous dance breaks with friends, it’s not so crazy to suggest that dance can indeed convey meaning.
May 5, 2021 9:48 AM By: Solomon Goudsward 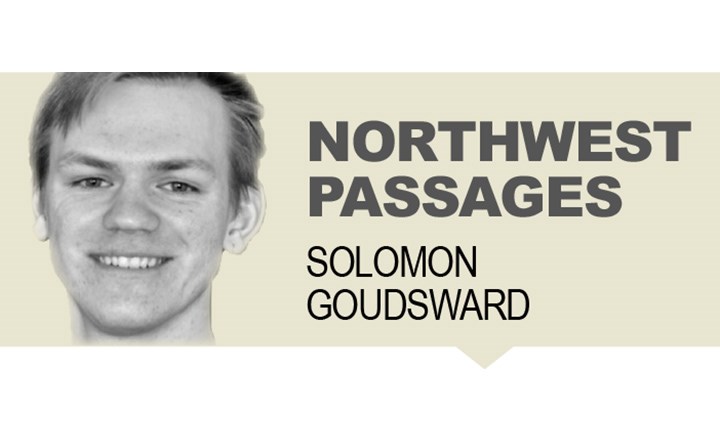 As a big musical theatre fan, I am looking forward to kicking off Theatre NorthWest’s next season in November with a musical, The Marvelous Wonderettes.

In addition to my work at Theatre NorthWest, I am currently writing a Masters thesis on musical theatre and language. When I’m not writing emails, event descriptions and grant applications, I’m writing notes on literary theory texts and trying to apply them to theatre. A worsening result of this combination is that I am insufferably inclined to wax philosophic at the mere mention of the stage musical and its many delights and wonders.

I have gotten really into etymologies as well. I’m fascinated by the way meanings become buried in words over time, waiting to be rediscovered sometimes thousands of years down the line. Take the word choreography. This word comes from the Ancient Greek words khorós and gráphō.  Khorósmeans “dance,” but it is also where we get the word “chorus” for both a group of performers and the repeated section of a song. Gráphōis a verb meaning “to write” or “to draw.” Think of all the -graphy words you know – biography (life writing), geography (earth writing).

Well, what about dance writing? The etymology of “choreography” makes me think that maybe dance is itself a kind of language. It makes me wonder whether choreography is the structured plan behind a dance or the movements of the dance itself, or both. It makes me wonder how different dancing and writing really are. But don’t just take it from me and the ancient Greeks. Broadway Legend Bob Fosse, perhaps best known for directing, choreographing, and co-writing Chicago, is quoted as saying: “dancing is writing on your feet.”

Now you may be thinking, “Okay, that’s all well and good, Bob, but what do you mean exactly?”

Don’t worry, I’m thinking that too. Well, let’s think about what we are doing when we write, in the traditional sense of writing. We use our bodies to put pen to paper – or fingertips to keys, as the case may be – in order to create strange shapes on a blank surface. These shapes are recognizable characters in a shared system called the alphabet. We have all learned which sounds each of them correspond to (and we know without thinking which movements of the human mouth create those sounds.) And we organize these strange shapes in a certain order to form recognizable and meaningful words and phrases.

Now what do dancers in a musical do? They use their bodies to create strange shapes on a blank surface – the stage. An arm is lifted in the air, a foot sweeps the stage in a semi-circle. These shapes are not characters in a standardized alphabet but they arecreated by characters (there’s another etymology to look up for homework). More to the point, just like letters of the alphabet, these movements of the body are organized in a certain order to form recognizable and meaningful “phrases.”

In dance terminology, a “phrase” is a sequence of movements with a beginning, middle and end, just like a sentence. The meaning of a given dance phrase is not one we can usually translate into the English language. But to anyone who has ever been moved by a beautiful dance performance, or experienced the joy of spontaneous dance breaks with friends, it’s not so crazy to suggest that dance can indeed convey meaning.

This meaning may be of a different kind than we are used to – more direct, less precise; more intuitive, less intellectual. But I believe this kind of meaning is meaningful nonetheless.