On October 29, 2018, the unthinkable happened. I was walking through downtown Prince George on a Monday afternoon. A disheveled looking Caucasian male attacked me with the intent of stealing my purse. I tried to fight him off as best as I could.
Feb 27, 2020 7:37 AM By: Prince George Citizen Staff 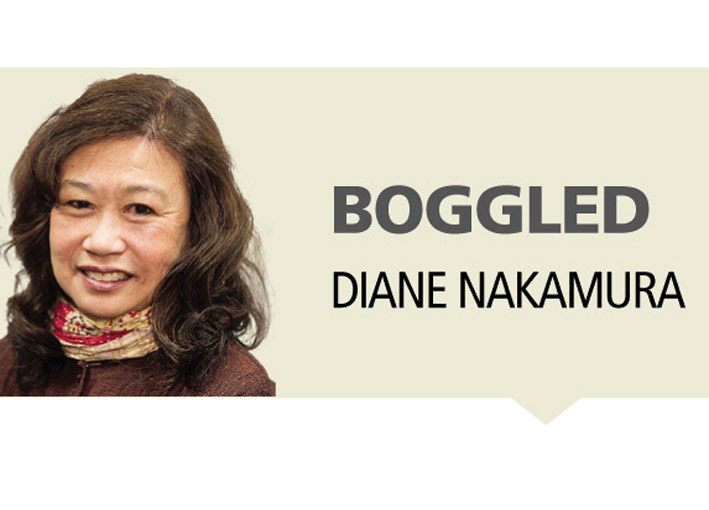 I was walking through downtown Prince George on a Monday afternoon. A disheveled looking Caucasian male attacked me with the intent of stealing my purse. I tried to fight him off as best as I could. I don't remember how I fell but I distinctly recall feeling the crushing blow on the back of my head when it hit the sidewalk.

I attended the hospital on the day of the incident. I was told by the physician in emergency that I did not show signs of a concussion but I may develop one in time.

I returned to work two days later. I was sporting a huge goose egg on the back of my head and my thoughts were fuzzy but I was determined to make a full recovery. In the following three weeks, I noticed some unusual deficits in my work performance such as poor memory, slurring my words and unable to complete tasks that were normally straight forward. I realized I was in trouble when I was at home folding laundry and I couldn't pair up socks. I went to see my doctor, was diagnosed with a concussion and was put on medical leave from work.

I had high hopes about returning to my job that I loved very much. During the following two months, more symptoms appeared. I had sensitivity to light and noise. I had to wear sunglasses all the time and certain sounds made me feel like an ice pick was going through my head. The floor and the ground were always moving. Wherever I was, the room was spinning. I constantly felt dizzy and nauseous. Because of these symptoms, I did not drive or go out shopping or to restaurants for three months. I could not use electronics because I would develop an instant headache. Socializing with groups of people was impossible because I couldn't follow conversations and would become overwhelmed and shut down. I experienced inner ear pain and couldn't hear properly. Out of necessity, I was a hermit during the first few months after my injury. My wonderful friends drove me to my appointments, ordered groceries for me online and ran other errands.

I had my vision and hearing tested and the results were normal. I also had an MRI and two types of CAT scans done. Those results were normal as well. I discovered that the routine scans only pick up on bleeds (strokes) and skull fractures, not damaged neurons and swelling. I had little prior knowledge about how the brain controls every function in the human body.

Five months after being diagnosed with a concussion, my symptoms continued to be severe. My biggest struggles continue to be extreme fatigue, poor short term memory  concentration and the inability to multi-task and solve problems. I used to be able to juggle many balls in the air and now I can barely juggle one. I started seeing specialists who diagnosed me with Post Concussion Syndrome. Concussions can last between a couple of weeks to a few months.

My biggest support throughout this difficult journey has been accessing information groups and one-on-one support at the Brain Injured Group (BIG). It is through my attendance at BIG that I've gained an understanding of brain injury, the causes and effects and how to rebuild my life. At BIG I feel I'm part of a supportive and caring community. I feel safe and normal there. Having an invisible disability has resulted in major shifts in my social circle due to the lack of awareness and understanding around brain injury. I am accepting of this and embracing my new normal.

For years, my career defined my identity. Now I'm staring at a blank slate. Rebuilding my life after brain injury is a slow process but I am truly grateful for the supportive team I have around me - my spouse, family, friends and numerous professionals. I now believe that what appears to be a catastrophe is actually a path being cleared for a new beginning. I look forward to finding out what my new chapter will look like.

- Diane Nakamura practised social work in Prince George and numerous other northern communities for 33 years. She is also a former freelance writer for the Prince George Citizen and Prince George This Week. We're pleased to have her back in her role as our newest columnist sharing information and awareness around brain injury.