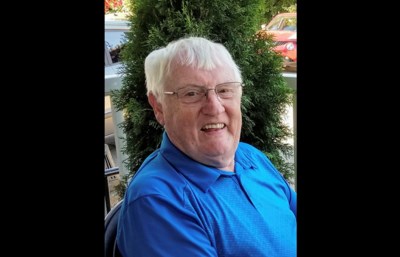 It is with deep sadness that David Arthur Western passed away in Prince George, B.C. after a long battle with cancer.

David was a trained engineer who had spent some of his early years travelling to places like New Zealand, Hong Kong and Iran.

He settled in Canada with his wife, Susan, where they raised their family and made many friends.

All who knew David, knew him for his caring nature, loyalty and amazing sense of humour.

Some will remember him from the rugby pitch, the tennis courts and from the golf course.

He is also remembered for his musical abilities, playing guitar.

He will be greatly missed by those who knew him and were lucky enough to call him Dad, Papa, Husband, brother, uncle, and friend.

He is survived by his wife, Susan, his daughter Tiffany, his granddaughter Ysabelle, his sister Rosemarie, and his brother Bill.

He is predeceased by his daughter Sarah and his sister Patricia.

There will be no service held at this time.

In lieu of flowers, please make donations to the Prince George Hospice Society who gave such amazing care and comfort during this difficult time.