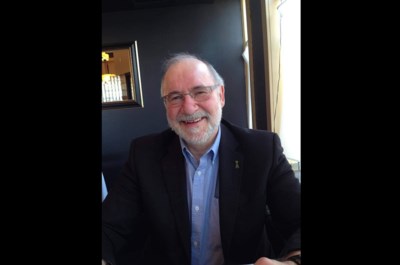 Ralph (Alex) was born and raised in the small rural community of Lake Lenore, Sask. He grew up on the family farm and was the youngest of seven children.

He learned the virtue of hard work and the value of a penny from his parents Edwin and Anne.

In 1971, he hitchhiked to B.C. for a summer job, fell in love with the forests and natural beauty of the area, and made Prince George his home.

He had one child, Katherine Schemenauer with his first wife Elaine Didier, and proudly raised his daughter as a single parent.

He has been together with his wife Susan Adair since 2010 and married since 2017.

Ralph and Susan had the opportunity to enjoy travelling until limited by his health decline. Ralph worked for Telus for almost 30 years, retiring early due to complications with Lupus.

He maintained an active role with The Lupus Society for many years as an advocate and President.

Despite his health complications, Ralph had a zest for life, a delightful sense of humour, and a curiousity about others. Family was important to him and he maintained close connections with his siblings. He befriended all he met and strangers were friends he had yet to meet.

He will be greatly missed and lovingly remembered for his kindness, honesty and optimism.

Ralph is predeceased by his parents, Edwin and Anne, sisters, Bernice and Leona, and brother-in-law Servais.

The family would like to thank every member of Ralph’s care team who were compassionate and kind. Thank you.

A private interment will be held at a later date.

Please consider donations in his memory to the BC Lupus Society.