Toronto's masking bylaws and a Nick Cordero album; The News for July 23

In The News is a roundup of stories from The Canadian Press designed to kickstart your day. Here is what's on the radar of our editors for the morning of July 23 ... What we are watching in Canada ...
Jul 23, 2020 5:13 AM By: Canadian Press 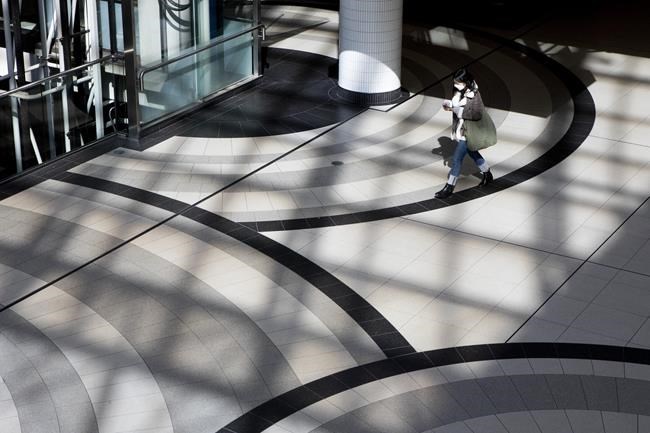 In The News is a roundup of stories from The Canadian Press designed to kickstart your day. Here is what's on the radar of our editors for the morning of July 23 ...

What we are watching in Canada ...

TORONTO — Toronto Mayor John Tory says he's willing to extend the city's mandatory masking order to shared spaces inside apartment buildings and condominiums if management companies won't do it on their own.

The city's current bylaw only applies to indoor public spaces such as grocery stores, commercial businesses, and public transit.

Condos and apartment buildings  are exempt from the rule, but Tory says he'd like to see them included.

Earlier this week, the mayor asked the Greater Toronto Apartment Association to require masks in hallways, elevators, and common rooms in its roughly 140,000 units.

He says he's received a "positive response" from the Association, but offered no other details.

Tory says making masks mandatory in common residential areas should help curb the spread of COVID-19 in the city.

At least one major city landlord, Westdale Properties, says it has no plans to make masks compulsory but would support a city-wide bylaw.

BRIDGEWATER, N.S. — The search continues today in Nova Scotia's South Shore for a fugitive accused of stabbing a police sergeant, assaulting a woman and injuring a police dog.

Tobias Charles Doucette, who is in his 30s, was charged with attempted murder after he allegedly struck an officer in the neck with an edged weapon when police responded to a domestic violence call Monday night at the Bridgewater Hotel.

The suspect allegedly fled on foot.

An RCMP dog and handler located Doucette briefly Tuesday, but the suspect escaped, fleeing into the woods on foot off Highway 331 in Conquerall Bank, N.S.

Police say the dog was stabbed with a stick during the encounter.

They wouldn't say whether Doucette was known to police, but cautioned that members of the public should avoid contact if they encounter him.

PORTLAND — The mayor of Portland, Ore., was tear gassed by federal agents late Wednesday as he stood with protesters at a fence guarding a federal courthouse.

Mayor Ted Wheeler said it was the first time he'd been tear gassed and appeared slightly dazed and coughed as he put on a pair of goggles someone handed him.

Earlier in the night, Wheeler was jeered as he tried to rally demonstrators who have clashed nightly with federal agents sent in by U.S. President Donald Trump to quell ongoing unrest in the city.

Wheeler said it was important to oppose what he called an unconstitutional federal occupation.

What we are watching elsewhere in the world ...

BEIJING — China has launched its most ambitious Mars mission yet in an attempt to join the United States in successfully landing a spacecraft on the red planet.

The rocket carrying the orbiter and rover took off under clear skies from an island south of China's mainland. Hundreds of space enthusiasts cried out excitedly on a beach across the bay from the launch site.

It's the second launch toward Mars this week after a Japanese rocket sent a United Arab Emirates orbiter into space Monday.

And the U.S. is aiming to launch Perseverance, its most sophisticated Mars rover ever, from Cape Canaveral, Fla., next week. China’s spacecraft will take seven months to reach Mars.

The British Parliament passed the "Act of Union," providing for the union of Upper and Lower Canada under a single government.

Nick Cordero, the Broadway actor who spent more than 90 days in a hospital fighting for his life after contracting coronavirus, will have an album released posthumously.

Broadway Records said it will release "Nick Cordero: Live Your Life" on Sept. 17 — what would have been his 42nd birthday.

Cordero's album is named after one of his songs and captures his cabaret performance in April 2019 at the Broadway supper club Feinstein's/54 Below.

Cordero was in many stage productions, including "Bullets Over Broadway" in New York, which earned him a Tony Award nomination. He died June 7.

His wife, dancer and personal trainer Amanda Kloots, said she had never seen Cordero work so hard on something as his cabaret show.

Guest performers on the album include Kathryn Gallagher, Drew Gehling, Sara Chase and Zach Braff. Proceeds will go to benefit Kloots and their one-year-old son, Elvis.

This report by The Canadian Press was first published July 23, 2020.