Stockwell Day steps down from several roles after comments about racism

A former Canadian Alliance leader and Conservative MP has resigned from Telus' board of directors and as a strategic adviser to a law firm after comparing racism to his experience of being mocked in school for wearing glasses.
Jun 3, 2020 7:34 PM By: Canadian Press 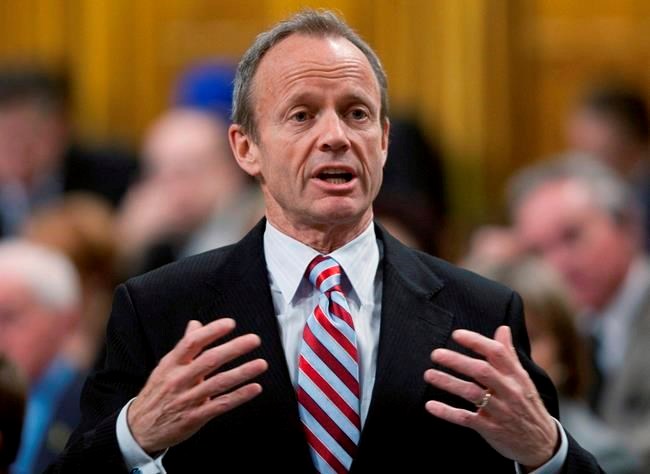 A former Canadian Alliance leader and Conservative MP has resigned from Telus' board of directors and as a strategic adviser to a law firm after comparing racism to his experience of being mocked in school for wearing glasses.

Stockwell Day made the comments during a panel on CBC's "Power & Politics" Tuesday.

Day had said on the show that he knew "for a fact" that most Canadians including his relatives, friends, and opponents are not racist.

Telus said Day's comments "are not reflective of the values and beliefs" of the organization.

CBC says Day has also stepped down from his role as a commentator.

"Should we all be more sensitive about any kind of hurting or insulting people whether it's racist or not?" Day said on the show.

"Should I have gone through school and been mocked because I had glasses and was called 'four eyes' ... should I have been mocked for all that? No, of course not. But are Canadians largely and majority racist? No, we are not."

Day apologized for his comments on Twitter on Wednesday.

"By feedback from many in the Black and other communities I realize my comments in debate on Power and Politics were insensitive and hurtful," Day wrote.

"I ask forgiveness for wrongly equating my experiences to theirs. I commit to them my unending efforts to fight racism in all its forms."

In its statement, McMillan LLP said "At McMillan LLP, we believe that systemic racism is real and that it can only be addressed when each of us — as individuals and organizations — commits to meaningful change. Yesterday, Stockwell Day made comments during a televised interview that run counter to this view."